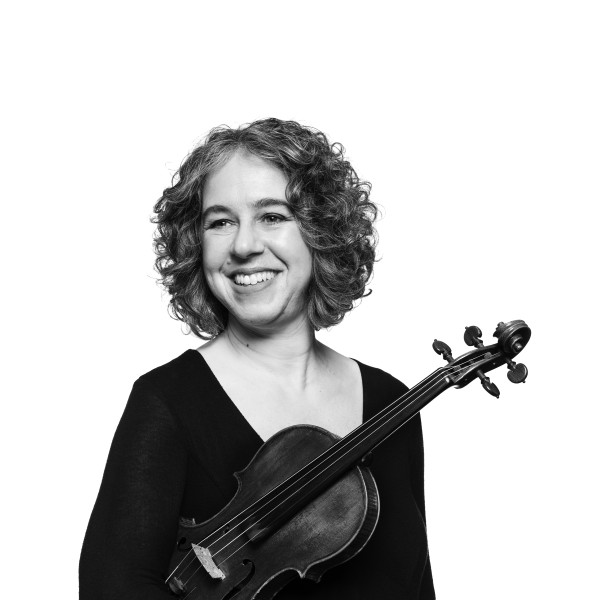 She has enjoyed overseas concerto performances with everyone from the Chamber Orchestra of Europe and Hannover Radio Symphony, to Hong Kong Philharmonic and the Norwegian Radio Symphony Orchestra, while her recordings include Dvorák Romance with the ECO and Sir Charles Mackerras for EMI, and the Sibelius Violin Concerto for BMG/Conifer.

Stephanie is currently Professor of Violin at the Guildhall School of Music and Drama. She was a winner of the prestigious Shell-LSO National Scholarship.

Are you interested in sponsoring Stephanie's Chair?
Join the Principal Conductor's Circle.

WE CAUGHT UP WITH STEPHANIE FOR 60 SECONDS TO HAVE A CHAT...

What do you enjoy about being part of a chamber orchestra? How is it different from playing with a symphony orchestra?

Chamber music is very important to me and being part of a chamber orchestra is a natural extension of that. I love the subtle attention to detail that comes with a smaller group. With symphony orchestra playing, the emphasis is often on the big picture, which can also be fantastic to be a part of. In terms of repertoire, the satisfaction is immense with both genres.

Do you have a favourite work for the violin?

At the moment it’s possibly the Bach Solo Sonata in C.

Did you ever consider playing a different instrument or was it always the violin?

I started playing the violin at age 6. Actually I much preferred both the cello and the piano, but certain circumstances led to my becoming a violinist. It turned out to be the right instrument for me, but I still regret not developing my piano playing as well.