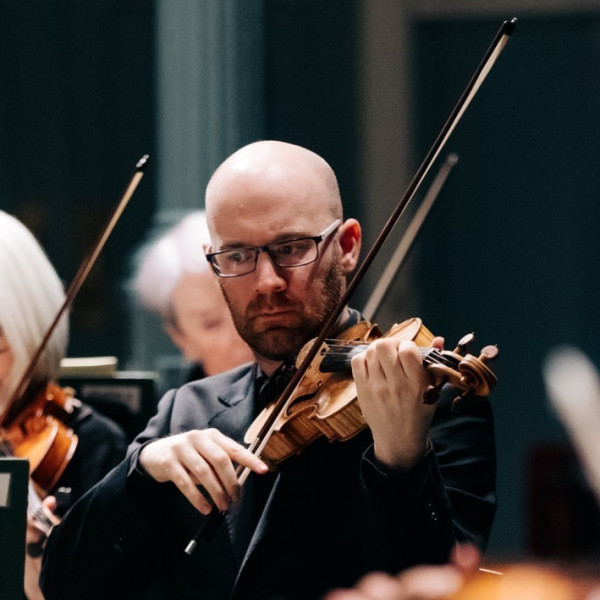 Gordon graduated in violin performance from the Guildhall School of Music and Drama with first class honours, studying with Stephanie Gonley and Simon Fischer. He participated in masterclasses with members of the Amadeus and Takacs quartets, and an Erasmus exchange to the Sibelius Academy in Helsinki. He was invited to participate in the International Musicians’ Seminar where he performed in the class of Gerhard Schulz. Gordon was Concertmaster of the National Youth Orchestra of Scotland and NYOS Camerata, and has been a member of the European Union Youth Orchestra, Gustav Mahler Jugendorchester and Lucerne Festival Academy Orchestra.

Gordon was second violinist of the Edinburgh Quartet from 2013 – 2017, one of Britain’s foremost chamber ensembles, performing throughout the UK, regularly broadcasting live on BBC Radio and playing on recordings such as the “outstanding” (International Record Review) Delphian recording of MacMillan’s string quartets.

Gordon is also much in demand as a conductor. Following studies in Manchester and Zürich, Gordon has conducted the Orchestre Philharmonique du Luxembourg, Bayerische Kammerphilharmonie and across Scotland, as well as participating in masterclasses with Bernard Haitnk, Ivan Fischer and Sir Mark Elder. Gordon conducted a critically acclaimed performance of Schoenberg’s Pierrot Lunaire with Scottish Ballet at the 2013 Edinburgh International Festival.

Are you interested in sponsoring Gordon's Chair?
Join the Principal Conductor's Circle