Maxwell Davies: Into the Labyrinth

Davies, Peter Maxwell. Into the Labyrinth: Cantata for Tenor and Chamber Orchestra. 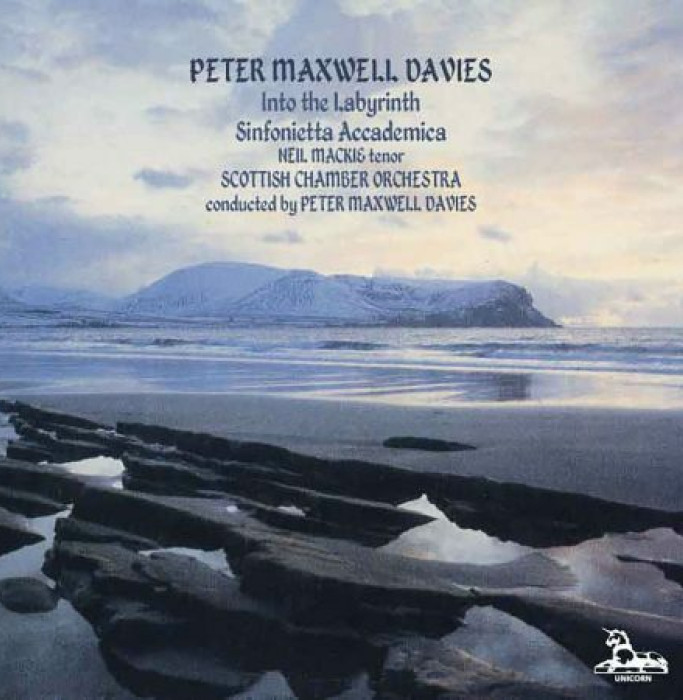 Into the Labyrinth is a cantata for tenor and chamber orchestra, with words from 'The Well' by George Mackay Brown, and the centre-piece of a chamber orchestra trilogy (the other works being Sinfonia Concertante and Sinfonietta Accademica). This Unicorn reissue is the only recording currently available. The symphonic song-cycle in five continuous movements ponders the influence of modern times on ancient ways of life.

Composer’s note: “Into the Labyrinth is the second of a set of three works for chamber orchestra written in 1982/3, and is the only one using voice. George Mackay Brown wrote his play ‘The Well’ for the St Magnus Festival in 1981 and I extracted from it the present text for Into the Labyrinth. It concerns the change of lifestyle in the Orkney Islands under the assault of technology – the threat to the possibility of such a community being able to continue a lifestyle with a meaningful relationship with its past.”