This is the most comprehensive recorded version of The Starlight Express to date, based on a new score prepared by the Elgar Edition, which has been adapted by the conductor Sir Andrew Davis. 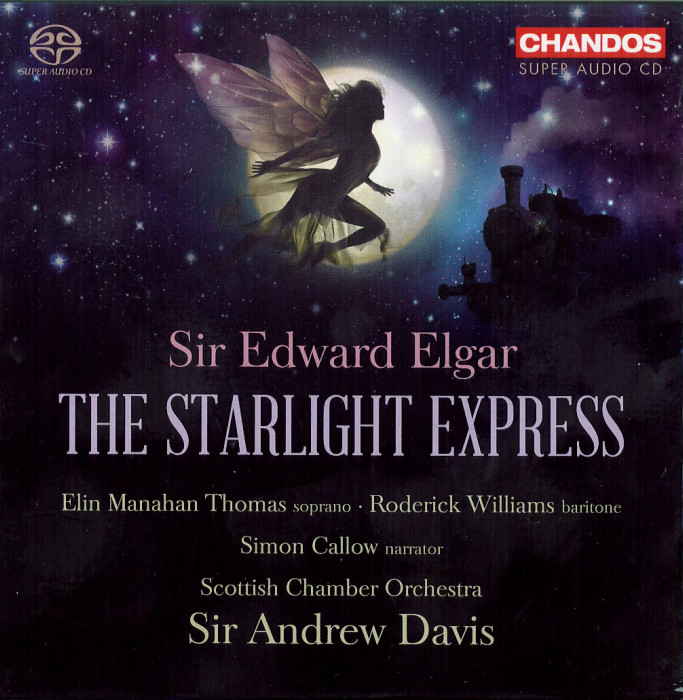 The Starlight Express was adapted from a book by Algernon Blackwood, A Prisoner in Fairyland, for a theatre production in the West End during the First World War, with music by Sir Edward Elgar. Combining the usually contrasting elements of fairytale and melodrama, The Starlight Express depicts the fantasy world inhabited by a group of children, who possess a magical ‘starlight’ quality that has been lost by the adults around them. This is the most comprehensive recorded version of The Starlight Express to date, based on a new score prepared by the Elgar Edition, which has been adapted by the conductor Sir Andrew Davis.

Our recording includes, in place of the play, a detailed account of the story, penned by the conductor Sir Andrew Davis better to reflect the original book and our pattern of speech today. ‘All the music, excepting the songs and interludes, was designed as melodrama, and in some cases it is meaningless on its own’, explains Sir Andrew, continuing: ‘I have therefore taken the bold step of writing a narrative which is based partly on the play and partly on A Prisoner in Fairyland.’

Our narrator is the actor Simon Callow, known to an international audience for his roles in films such as Four Weddings and a Funeral and Shakespeare in Love. Callow was delighted to be approached, as he already knows and loves this music, having delivered the narrative in a specially recorded concert performance of the incidental music, broadcast on BBC Radio 3 in 2007. The incidental music, complete with melodramatic passages which work in conjunction with the narrative, occupies all of Disc 1 and continues onto Disc 2. Then we have an extended suite of freestanding orchestral movements and songs.

As a bonus, we have included three songs which link directly to this work. When a staged version of Blackwood’s book was first proposed, in 1914, another young composer, Clive Carey, was commissioned to compose the incidental music; but the outbreak of war forced the cancellation of the original production. When the plans were next revived, Elgar was approached, and he enthusiastically completed the score. However, Clive Carey had already composed three songs, but they were never included in the final production. They have been orchestrated by Sir Andrew Davis for this recording, and are heard here for the very first time.

Our recording of The Starlight Express is performed by the Scottish Chamber Orchestra under Sir Andrew Davis with two internationally acclaimed soloists: the soprano Elin Manahan Thomas and baritone Roderick Williams. 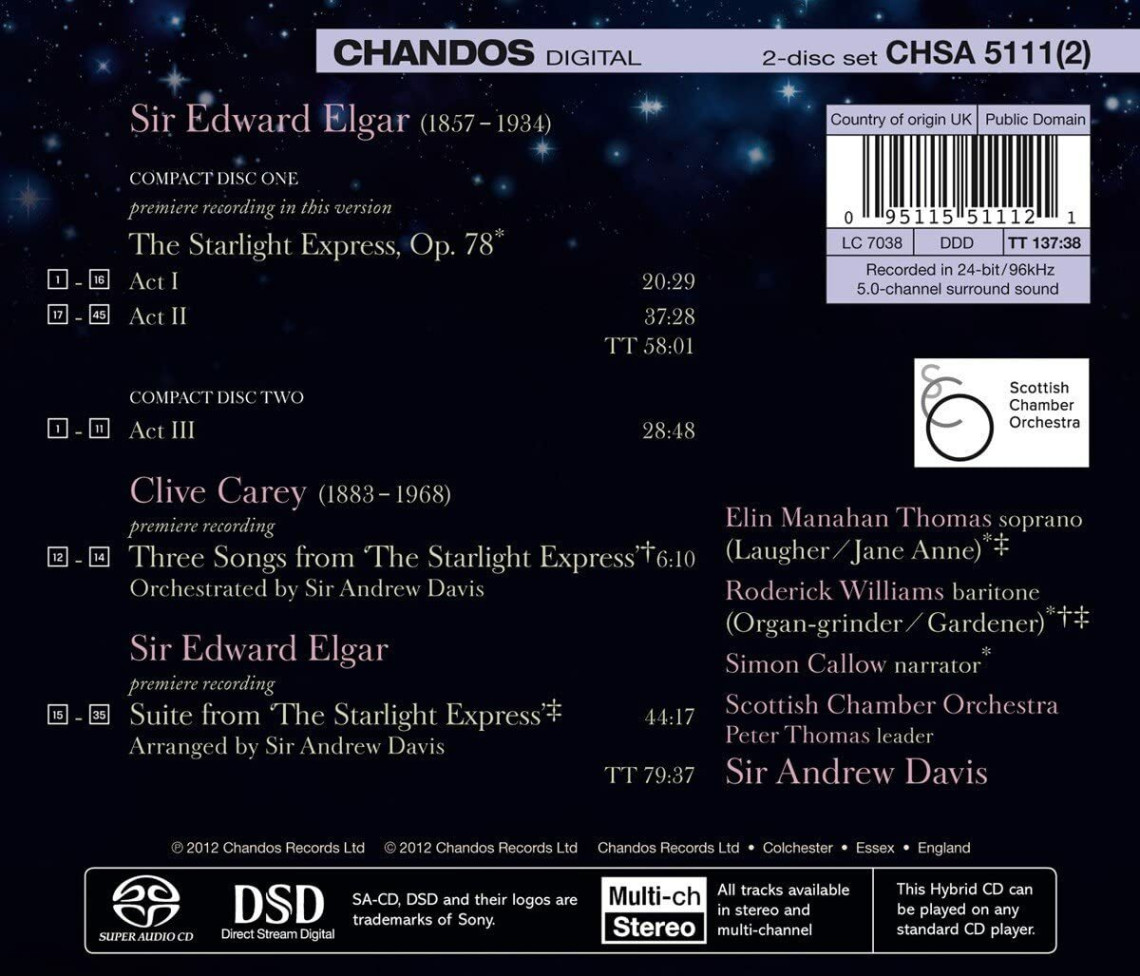