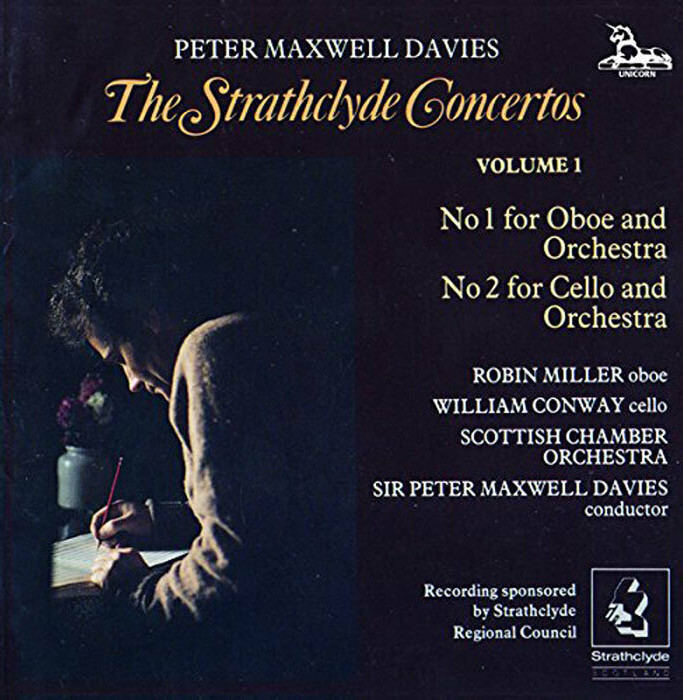 I am already haunted by music from both works: the darkly beautiful duet for the soloist and bass clarinet at the end of the Cello Concerto's slow movement, the wonderfully ingenious summarizing coda of the Oboe Concerto, the gravity and eloquence of much of that work's slow movement…. In performance as beautiful and as polished as these the task of searching out their secrets should not be an onerous one.

The Strathclyde Concertos are a series of ten orchestral works by the English composer Sir Peter Maxwell Davies.