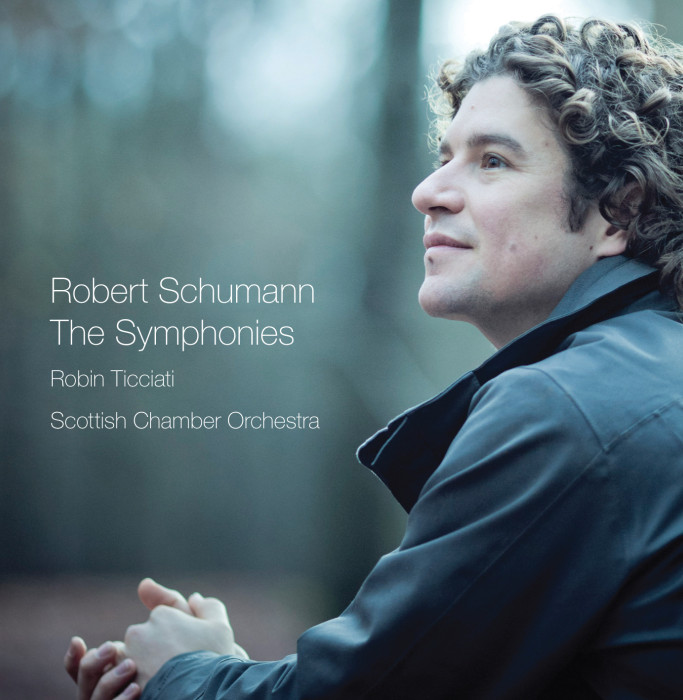 Orchestral Choice - The Adagio of Symphony No 2 is beautifully done with a coda that really tugs at the heartstrings... the interpretations... will reward repeated hearing

Schumann: The Symphonies sees Robin Ticciati and the Scottish Chamber Orchestra embark upon their first symphonic cycle together in a programme that they performed in concerts across Scotland.

This is music that is very close to Robin Ticciati's heart; he describes Schumann as one of his favourite composers and has often spoken about how important poetry, colour and story are to Schumann's music.

Symphony No. 1 'Spring', blazes and sparkles with joy, Symphony No. 2 finds its way carefully through to the safe haven of its final movement, the much-loved Symphony No. 3 'Rhenish' moves with huge ease and assurance to a resonant and joyful conclusion. Symphony No. 4 is radical in the way each movement attacks the start of the next movement with barely a pause, and in its minute-and-a-half-long, shimmering and horn-call filled-transition to the finale. Under Ticciati and the SCO it is magnificent, the radical, soaring, disturbing and exhilarating symphony Schumann intended.

The SCO's smaller forces bring a lightness of touch and a clarity to the counterpoint; under Ticciati they achieve a sense of movement that no previous recording has.

This recording was met with critical acclaim: it was named #9 in The Sunday Times' 'Classical Album in the 100 Top Albums of 2014', #23 in the 'Best Albums of 2014' by Da Volkskrant, a 'Critics' Choice Pick of 2014' by Andrew Ford on ABC Radio and won a 2015 'Discovery' Classic Edison Award. Sir Simon Rattle commented, "Robin makes a clear case for how the revised version can retain the radical edge of the 1841 version. Still it sounds like a fireball and I take my hat off to him." 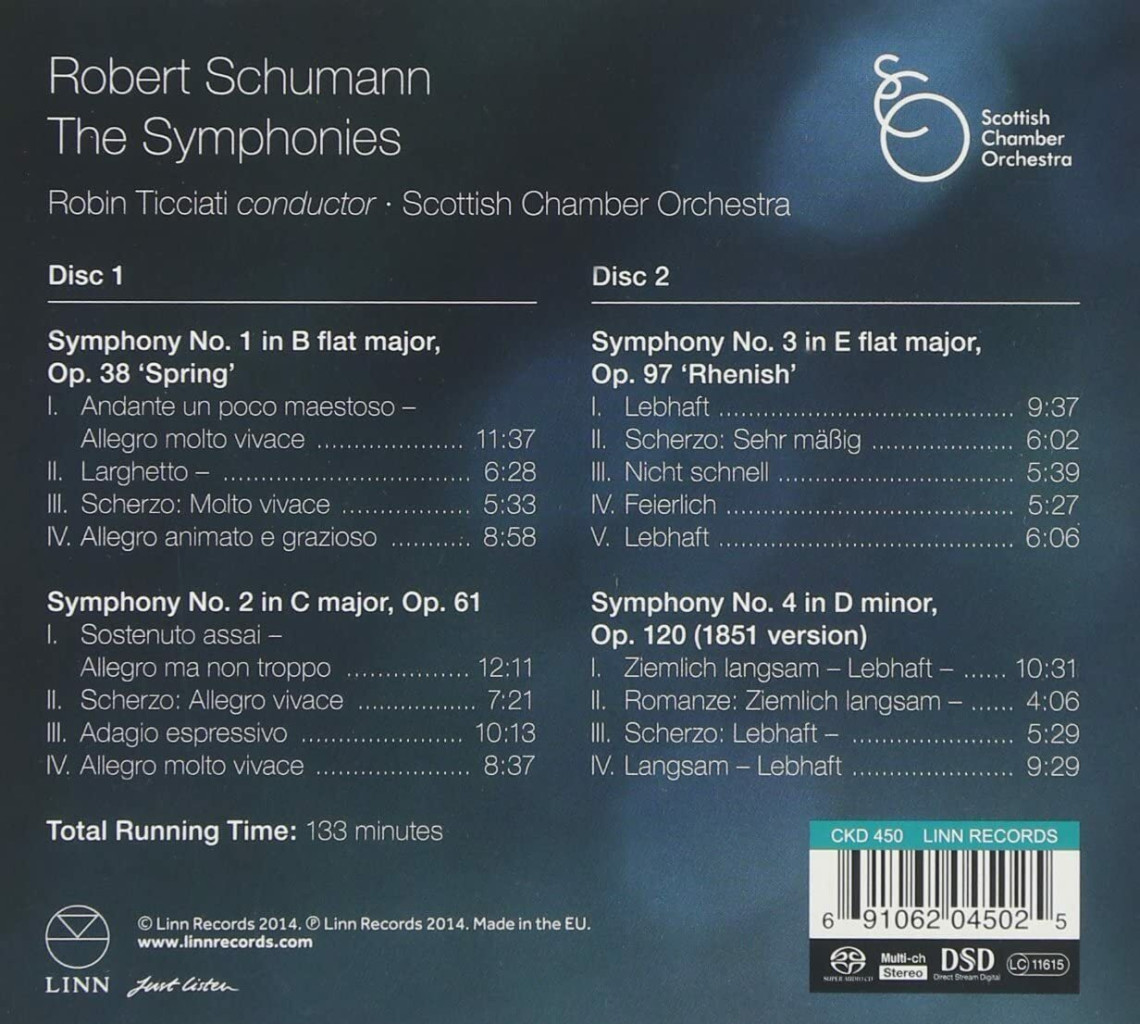