Robin Ticciati cemented his reputation as an outstanding Berliozian with this recording of Berlioz's Les nuits d’été alongside excerpts from Roméo & Juliette and La mort de Cléopâtre. 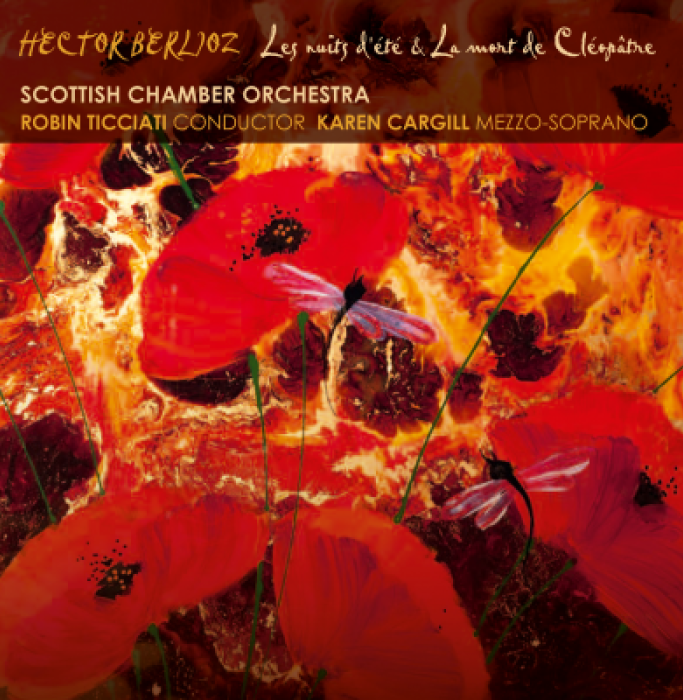 One of the striking facets of Ticciati's conducting and the SCO's playing in Les nuits d'été is the clarity and detail that spring from the score.

Robin delivers fresh insights and vivid colours into this luminous work showing similar flair to that of his teachers Sir Simon Rattle and the great Berliozian Sir Colin Davis. The recording features Kathleen Ferrier prize-winning mezzo-soprano Karen Cargill, who has sung at the Metropolitan Opera, New York and won acclaim as Cléopâtre, a role she reprises here: "Cargill's Cléopâtre gives even Dame Janet a run for her money...a real revelation" (Limelight Magazine).

The works of Berlioz have featured prominently in Ticciati's programmes with the Scottish Chamber Orchestra since he was appointed Principal Conductor in 2009 earning critical acclaim.

This recording was nominated for a 2014 ICMA Award, topped Kate Molleson's '2013 Classical Top 10' list in The Herald and in 2019, Berlioz's 150th anniversary year, Gramophone named it one of 10 outstanding recordings of the composer's music. 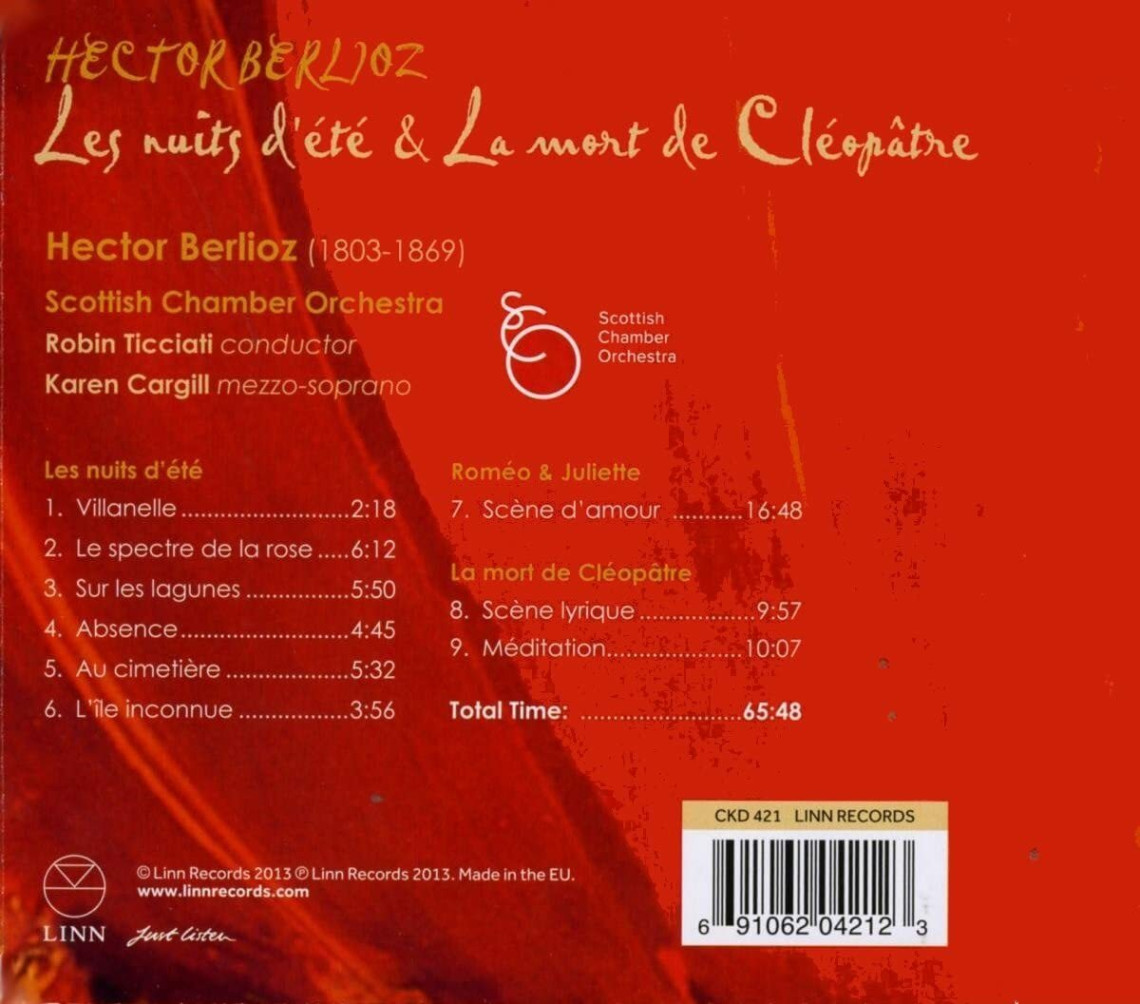