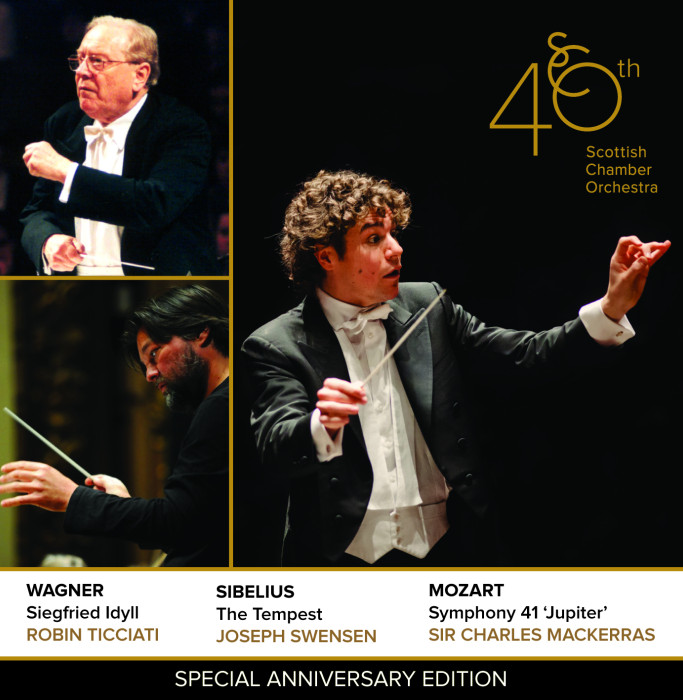 The Orchestra shows itself brilliantly adapted to any style and conductor...

Although more commonly played in a version for full orchestra rather than for chamber ensemble, this recording of Siegfried Idyll is closer to Wagner's premiere performance, a birthday gift to his wife, Cosima. Ticciati and the larger string forces of the SCO skilfully enhance the richer tone of the work's radiant beauty. Robin Ticciati has had an impressive start to his recording career with the SCO, with two critically acclaimed recordings of Berlioz.

Sir Charles Mackerras, the SCO's Conductor Laureate until his passing in 2010, made numerous award-winning recordings including BBC Music Magazine's 2010 'Disc of the Year' recording, Mozart: Symphonies 38-41, on which this impressive performance of Symphony No. 41 features. Awarding the recording five stars, The Sunday Times described it as "possibly their finest record to date...I don't know more enthralling accounts of the Jupiter on disc."

As Principal Conductor of the SCO from 1996-2005 Joseph Swensen made five thrilling recordings in all, encompassing Brahms, Mendelssohn, Dvorak, Prokofiev and Sibelius: Theatre Music from which The Tempest is taken. Composed when Sibelius was reaching the climax of his career, the ambitious second Suite contains some of his most inspired ideas and finest music; it is a mouth-watering addition to this program.