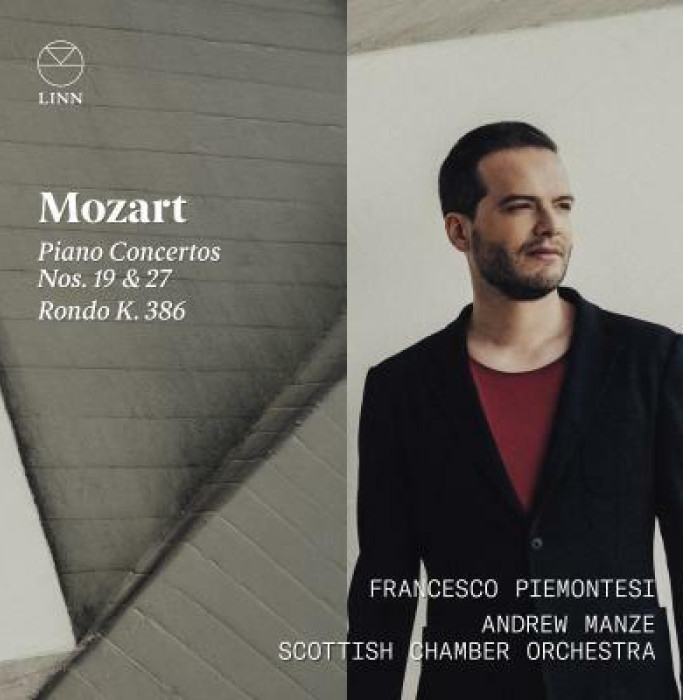 This moment the music bursts into action there is a charge brilliance that never dims... There's simply never a dull moment

This recording finds the ‘dream team’ of Piemontesi, Andrew Manze and the Scottish Chamber Orchestra back together for two further concertos: the graceful and sunny Piano Concerto No. 19 in F major and the mellow and magnificent Piano Concerto No. 27 in B flat major, which was Mozart’s last.

When Piemontesi performed No. 27 at the 2018 BBC Proms, The Independent commented: ‘Piemontesi gave a definitive performance … his sound was gloriously transparent throughout’. This well-established team garnered multiple accolades for their debut recording together (Benchmark Recording France Musique, Recording of the Year Presto Classical, Excepcional Scherzo, Editor’s Choice Gramophone, Album of the Week Classic FM) which increases the weight of expectation for this new recording.

In addition the orchestra has recorded the Rondo in A major, K. 386, which only survived in the form of a piano arrangement by Cipriani Potter, whose father was a pupil of Mozart. Fittingly this piece was reconstructed by the SCO’s Conductor Laureate Sir Charles Mackerras in 1989 and it is this orchestral version which is performed here.

Widely considered one of the world’s greatest Mozart orchestras, the SCO finds an ideal foil in the freshness and spontaneity of Piemontesi’s playing. 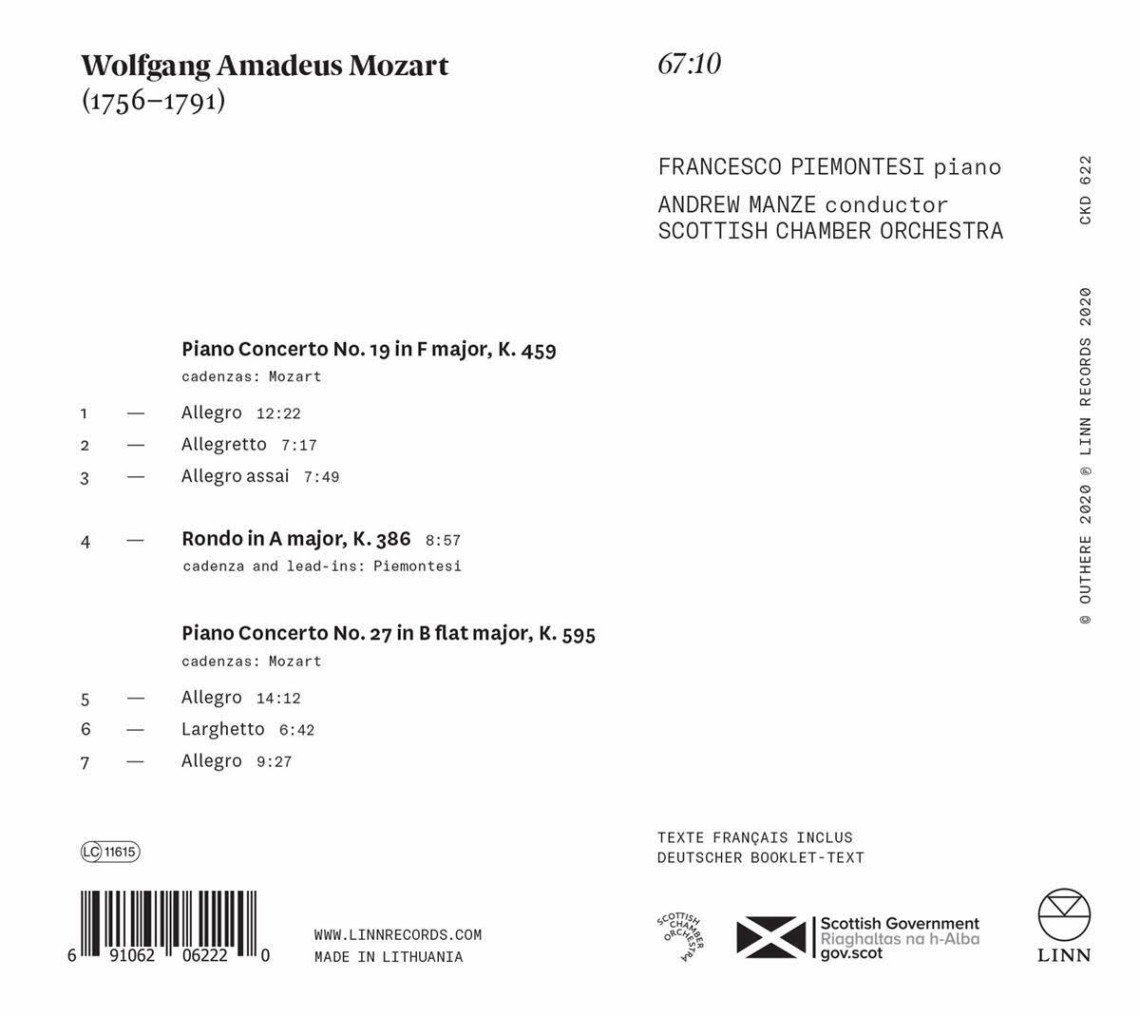