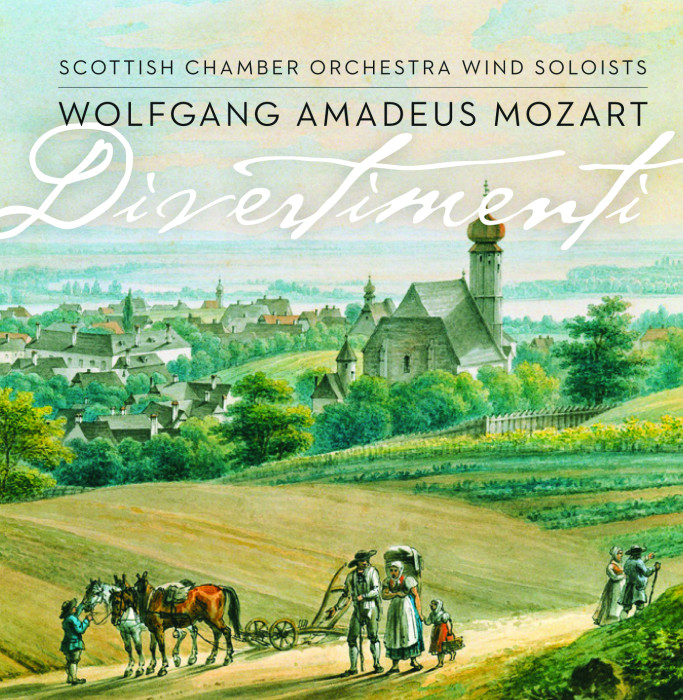 Inspired by the legacy of the great Mozartian conductors of the SCO including Sir Charles Mackerras, the Wind Soloists make a fine contribution to the SCO's distinguished Mozart discography.

Following the success of performances and recordings of Weber's Wind Concertos with SCO principals as soloists, the SCO Wind Soloists that feature on this album have since 2012 started to explore Harmoniemusik repertoire.

This new recording includes four of the five Tafelmusik sextets for pairs of clarinets, horns and bassoons, together with the Serenade in E flat major, the first of Mozart's three great wind serenades. The Serenade in E flat major has many unusual features. Its opening fanfare – a series of repeated chords on the tonic in E flat – immediately catches the ear. The fact that Mozart avoids fatiguing the listener with a surfeit of the same sonorities, in music with a necessarily limited dynamic and instrumental range, bears eloquent testimony to his genius.

This recording captures the wealth of detail in Mozart's Divertimenti; there is something in each of them for every music lover. 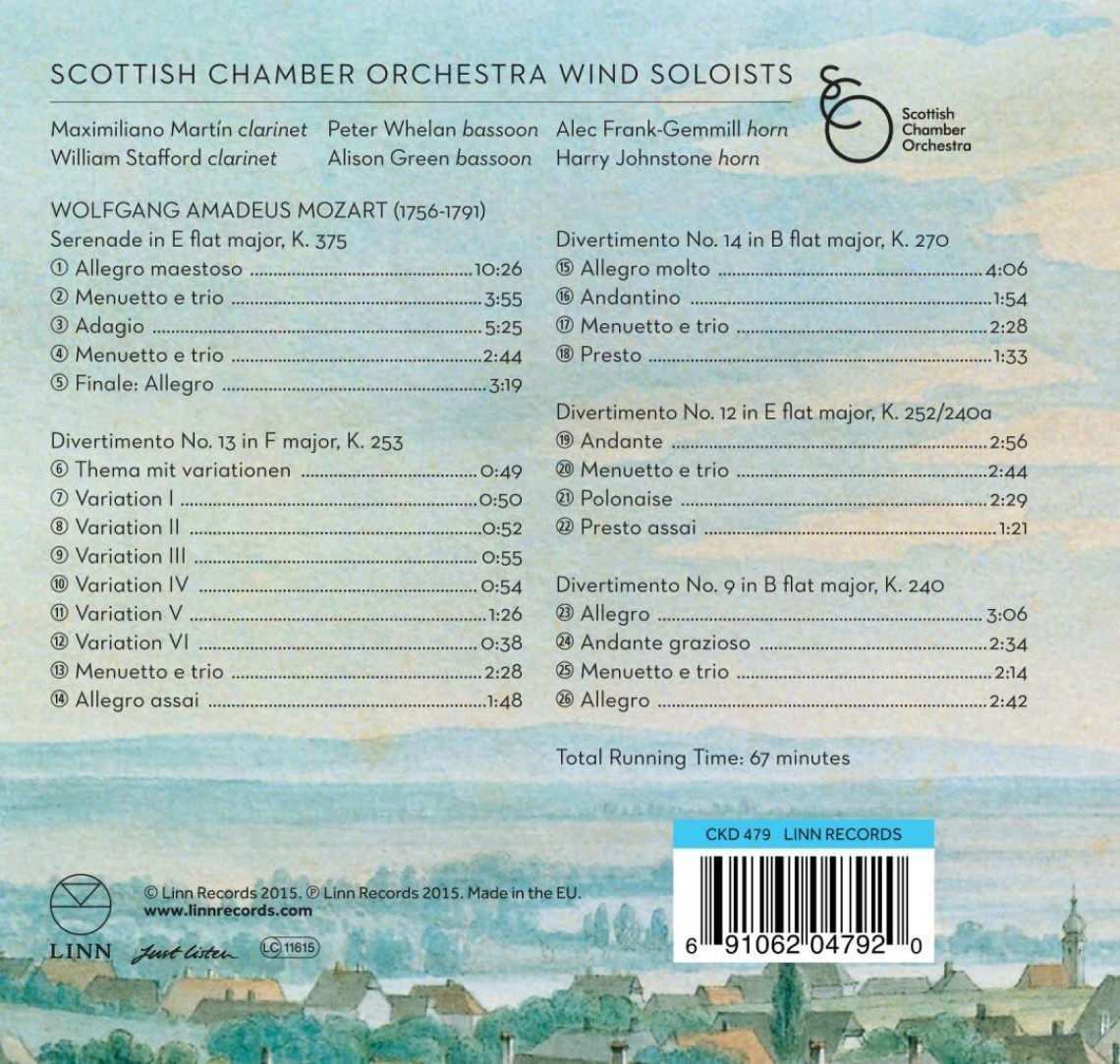