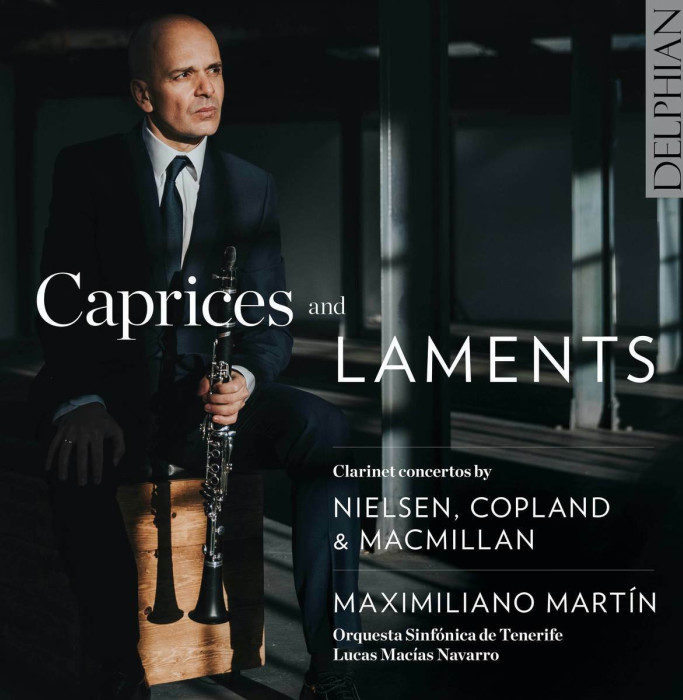 The benevolent shadow of Mozart meets a strain of emotional turbulence in Carl Nielsen’s unforgettable, at times inscrutable Clarinet Concerto – his last major orchestral work, completed three years before his death in 1931. Dating from two decades later, Aaron Copland’s concerto for the same instrument similarly bridges stylistic and expressive contrasts: composed with the genre-crossing expertise of Benny Goodman in mind, it brings a vein of lyrical sadness together with the verve of mid-century popular idioms from both the USA and Brazil.

James MacMillan’s Tuireadh, meanwhile, is a single-minded outpouring of grief, raising instruments to an almost vocal quality of expression in a lament for the victims of the Piper Alpha oil-rig fire. Clarinettist Maximiliano Martín – an internationally active soloist as well as principal clarinet of the Scottish Chamber Orchestra – is joined here by the symphony orchestra of his native Tenerife in three works which truly cover the gamut of human emotion.

The chemistry between Maximiliano Martín and the Tenerife Symphony Orchestra is as natural as it gets... Martín finds endless colour, rhythmic bite and charmed lyricism in these self-defining performances, sensitively matched by fine orchestral playing under conductor Lucas Macías Navarro.