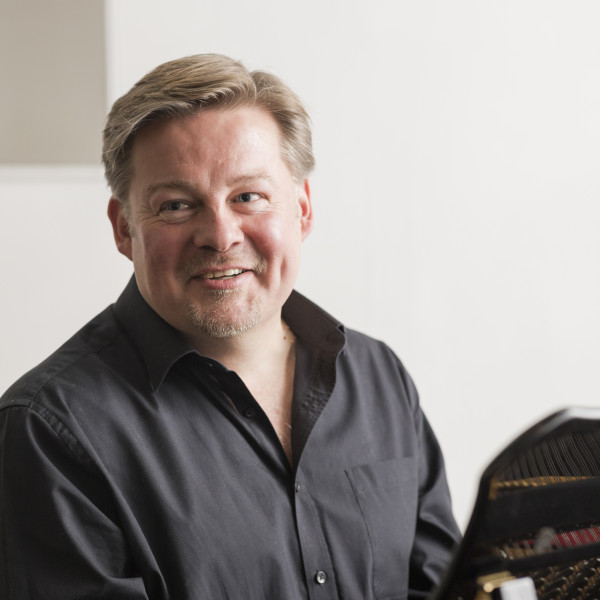 Stuart Hope read music at Edinburgh University, winning many prizes and cultivating a reputation as a pianist, organist, accompanist, continuo player and composer/arranger.

He is the director of Edinburgh-based vocal ensemble Consort of Voices. As an accompanist he works with organisations across the country, including SCO Chorus, Edinburgh International Festival Chorus, Dunedin Consort, the National Youth Choirs of Scotland (NYCoS), Consort of Voices, Edinburgh University and the Edinburgh Competition Festival, and was for nine years accompanist to the RSNO Chorus. He appears in concert with many of the country’s Choral Societies, and, as a specialist in vocal music, in recital with many well-known artists from across the UK.

As a composer and arranger Stuart has written for the National Youth Choir of Scotland, Singers of London, Schola Cantorum of Edinburgh, Edinburgh University Chamber Choir and Consort of Voices. He has published twelve musicals for children and has edited and recorded NYCoS’s latest series of singing training books – Sing Bronze, Sing Silver and Sing Gold.