Yorkshire born soprano Rowan Pierce was awarded the President’s Award by HRH Prince of Wales at the Royal College of Music in 2017. She won both the Song Prize and First Prize at the inaugural Grange Festival International Singing Competition in 2017, the first Schubert Society Singer Prize in 2014 and the Van Someren Godfery Prize at the RCM. She was a Britten Pears young artist, a Rising Star of the Orchestra of the Age of Enlightenment and a Harewood Artist at English National Opera.

Rowan has appeared in concert throughout Europe and South America. She performs regularly with ensembles including the Academy of Ancient Music, Gabrieli Consort, Scottish Chamber Orchestra, BBC Scottish Symphony Orchestra, City of Birmingham Symphony Orchestra, Orchestra of the Age of Enlightenment and Royal Northern Sinfonia.

Rowan made her BBC Proms debut at the Royal Albert Hall in 2017 with the OAE and returned in 2019 for Handel Jephtha with the Scottish Chamber Orchestra. She made her Wigmore Hall debut with the London Handel Players and returned with Florilegium in the 2019/20 season.

Other recent highlights include performances with the Rotterdam Philharmonic, the Royal Liverpool Philharmonic Orchestra, Freiburg Baroque, Gabrieli Consort, La Nuova Musica, Polyphony, Royal Scottish National Orchestra, Early Opera Company and the Bournemouth Symphony Orchestra. Visits to the US in 2019 included appearances with the OAE at the Lincoln Center in New York, with the Academy of Ancient Music in San Francisco and at the Disney Hall in Los Angeles. She also gave a recital at the Kennedy Center, Washington with Richard Egarr and William Carter in January 2020. Recent and future engagements include Mahler 4 with the BBC National Orchestra of Wales / Martyn Brabbins and Dame Sarah Connolly.

On the opera stage Rowan has performed Drusilla in Monteverdi’s  L’incoronazione di Poppea as a Britten Pears Young Artist, and roles as a Samling Artist included Susanna in Mozart’s The Marriage of Figaro, Miss Wordsworth in Britten’s Albert Herring and Princess in Ravel’s L’enfant et les sortilèges.

Nominated for The Time Sky Arts Award for opera in 2020, her future and recent operatic roles include Galatea / Acis & Galatea, Iris / Semele, Dorinda / Orlando, Belinda / Dido and Aeneas, Elsie / Yeoman of the Guard. As a Harewood Artist she has performed Tiny / Paul Bunyan, Papagena / The Magic Flute and Barbarina / The Marriage of Figaro. In 2019 Rowan made her debut at the Buxton Festival in the role of Papiria / Lucio Papirio Dittatore by Caldara with La Serenissima and performed the roles of Quivera and Orazia / The Indian Queen with Opéra de Lille under Emmanuelle Haïm, Other recent / future engagements include various roles in performances of both Purcell’s King Arthur and the Fairy Queen with the Gabrieli Consort and also with Ensemble Alia Mens in France, more performances of the Indian Queen with Opéra de Luxembourg, Opéra de Caen and Antwerp Opera as well as concerts and a recital with Philharmonia Baroque. In 2020 she should have made her Covent Garden debut performing Barbarina but this was cancelled due to Covid. Instead she will make her debut there in 2022/23 singing Papagena. In 2022 she will make her Glyndebourne Festival debut singing Oberto / Alcina.

Festival and recital performances have included collaborations with Sir Thomas Allen and Christopher Glynn in the Ryedale Festival, Dame Ann Murray, Sholto Kynoch and Malcolm Martineau in the Oxford Lieder Festival and Roger Vignoles in the Leeds Lieder Festival. 2019 saw her appear in a staged production of the Wolf Italian Songbook at the Barbican, Chiltern and Ryedale Festivals as well as a shared recital with Roderick Williams and Christopher Glynn at the Swaledale Festival. She appeared in the 2019 Edinburgh International Festival with the English Concert as Amore / Gluck’s Orfeo and return to the festival in 2021 with the RSNO.

Although Rowan has been much acclaimed for her interpretation of Baroque and Early Music she has also been applauded for her performances of a wider repertoire including English song and Lieder by composers such as Mahler, Richard Strauss, Vaughan Williams and Britten. She has also premiered works by composers including Iain Bell, Julian Philps and Alex Woolf. 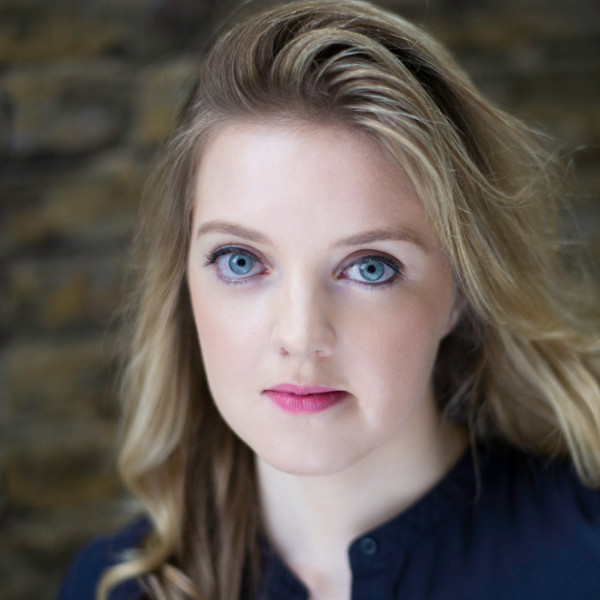