Nicola Benedetti is one of the most sought-after violinists of her generation. Her ability to captivate audiences with her innate musicianship and spirited presence, coupled with her wide appeal as a high-profile advocate for classical music, has made her one of the most influential classical artists of today.

Born in the Scottish town of Irvine, of Italian heritage, Nicola began violin lessons at the age of four with Brenda Smith. In 1997, she entered the Yehudi Menuhin School where she studied with Natasha Boyarskaya. Upon leaving, she continued her studies with Maciej Rakowski and then Pavel Vernikov. In 2004, she won “BBC Young Musician,” launching her career as an international concert violinist.

In December 2020, Nicola formed the “Benedetti Baroque Orchestra” which gathers freelance period-instrument players who collectively join together to create the highest level of collaborative and energised musicmaking. Baroque was released on Decca Classics in July 2021, and features Nicola play-directing this newly formed ensemble. The album reached number one in the UK’s Official Classical Album Chart and received a 5* review in The Times.

A devoted chamber musician, Nicola collaborates with cellist Leonard Elschenbroich and pianist Alexei Grynyuk, who have been performing as a trio since 2008. Past performances include Wigmore Hall, the Concertgebouw, Edinburgh International Festival, Alte Oper, Frankfurt, the Ravinia Festival, 92nd Street Y, New York and City Hall, Hong Kong. In June 2021, the trio embarked on a UK tour giving seven performances across the country, and in spring 2022 performed a thirteen-date European tour with works by Schumann, Rihm and Brahms. In 2023, the trio will return to North America, visiting 8 cities across both East and West coasts.

In 2021-2022 Nicola opened the Barbican Centre’s season and amongst others, performed with the London Symphony Orchestra, Netherlands Radio Philharmonic and Cincinnati Symphony. Other highlights included engagements with the LA Philharmonic, Royal Stockholm Philharmonic Orchestra, play-directing the Scottish Chamber Orchestra, and a tour to Spain with the Philharmonia Orchestra as well as “Artist in Residence” at the Aldeburgh Festival.

Nicola has continued her role as a dedicated, passionate ambassador and leader in music education. Her commitment to supporting the UK’s music practitioners was underlined in July 2018, when Nicola took over as President of the European String Teachers’ Association. Nicola continues to hold key positions in a number of the country’s most established and high-quality youth music organisations including the National Children’s Orchestras (Vice President), Sistema Scotland (Big Sister), National Youth Orchestras of Scotland’s Junior Orchestra (Patron), Music in Secondary Schools’ Trust (Patron), Junior Conservatoire at the Royal Conservatoire of Scotland (Patron) and many more. In 2019, Nicola formalised her commitment to music in education when she established The Benedetti Foundation. Since its launch, the Foundation has worked with over 29,000 participants, age 2-92, from 103 countries through its transformative in-person workshops and online sessions for young people, students, teachers and adults. The Foundation unites those who believe that music is integral to a great education and demonstrates ground-breaking teaching by producing and delivering innovative and creative musical experiences accessible to all.

Winner of the GRAMMY Award for Best Classical Instrumental Solo in 2020, as well as Best Female Artist at both 2012 and 2013 Classical BRIT Awards, Nicola records exclusively for Decca (Universal Music). Her most recent recording of Elgar’s Violin Concerto entered at number one in the UK’s Official Classical Album Chart and received critical acclaim including a 5* review in The Times: “Yet beyond sheer agility, Benedetti offers listeners something even more valuable: a dynamic personal interpretation, refreshing and convincing.” Other recent recordings include her GRAMMY award-winning album written especially for her by jazz musician Wynton Marsalis: “Violin Concerto in D and Fiddle Dance Suite for Solo Violin.” Nicola’s recording catalogue also includes works from Shostakovich and Glazunov Violin Concerti, Szymanowski Concerti (London Symphony Orchestra with Daniel Harding) to Homecoming; A Scottish Fantasy, which made Nicola the first solo British violinist since the 1990s to enter the Top 20 of the Official UK Album Chart. In 2021, BBC Music Magazine named her “Personality of the Year” for her online support of many young musicians during the pandemic.

Nicola was appointed a Commander of the Order of the British Empire (CBE) in the 2019 New Year Honours list, awarded the Queen’s Medal for Music in 2017, the youngest ever recipient, and was appointed as a Member of the Most Excellent Order of the British Empire (MBE) in 2013 in recognition of her international music career and work with musical charities throughout the United Kingdom. In addition, Nicola has received nine honorary degrees to date. 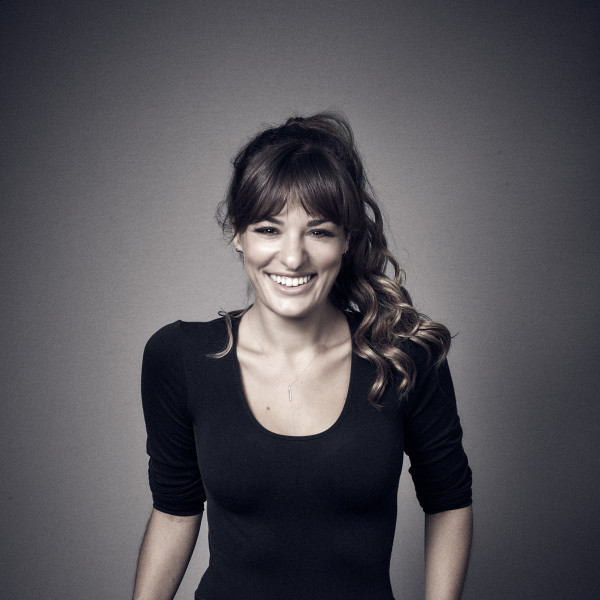