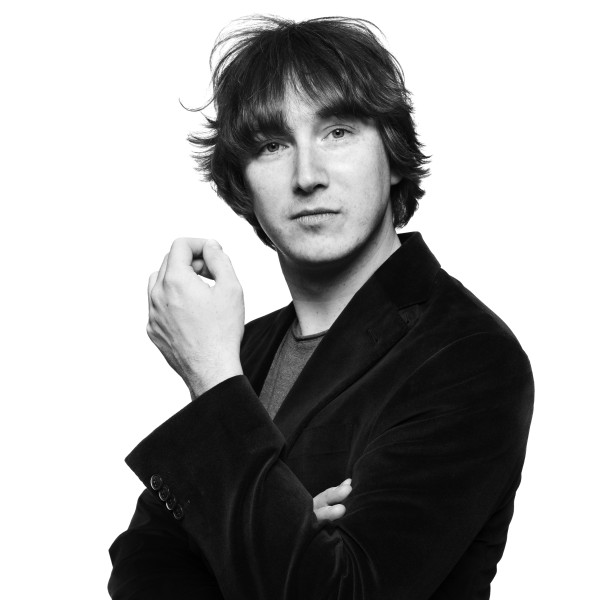 A flash of light has arrived to brighten up Scotland’s music scene, and his name is Maxim Emelyanychev.

An outstanding representative of the younger generation of Russian conductors, Maxim Emelyanychev was born in 1988 to a family of musicians. He received his music education in his home city Nizhny Novgorod (conducting and piano) and in Gennady Rozhdestvensky’s conducting class at the Moscow Tchaikovsky Conservatory.

In 2014, he conducted Mozart’s Don Giovanni at the Teatro de la Maestranza in Sevilla and these critically acclaimed performances were swiftly followed by a series of symphonic guest engagements in Europe.

In the 2019/20 Season, Maxim became the Principal Conductor of the Scottish Chamber Orchestra. In the same Season he also conducted the Orchestra of the Age of Enlightenment at two of the major international opera institutions: the Glyndebourne Festival (Handel Rinaldo, with Jakub Orlinski in the title role) and the Royal Opera House (Handel Agrippina, with Joyce DiDonato in the title role). He also returned to the Orchestra della Svizzera Italiana and to the Royal Liverpool Philharmonic. Other engagements included the Berliner Konzerhausorchester, the Iceland Symphony Orchestra, the Latvian Symphony Orchestra, the Real Orquesta Filarmonica de Gran Canaria and the Seattle Symphony. He also won the Young Talent Award 2019 of the Music Section of the Critics’ Circle.

With the Scottish Chamber Orchestra, Maxim has recorded the Schubert Symphony No.9 - the symphony with which he made his debut with the orchestra - which was released on Linn Records in November 2019.

He has also recorded several CDs for Warner Classics at the head of his orchestra Il Pomo d’Oro, including an album of Haydn symphonies and concertos and In War and Peace, Harmony through music with Joyce DiDonato, which won the 2017 Gramophone Award.

For the label Aparté he has recorded a solo CD of Mozart Sonatas on fortepiano which won a Choc de Classica 2018 and the ICMA 2019, and a Beethoven Symphony No 3/ Brahms Haydn Variations CD with the Nizhny-Novgorod Soloists Chamber Orchestra.

Maxim was awarded The Golden Mask for his participation in 2013 as the forte pianist in a stage production of Nozze di Figaro at the Perm Opera Theatre conducted by Teodor Currentzis (Sony Classical). In April 2019, he received an international Opera Award in the Newcomer category for his performances with Il Pomo d’Oro, Joyce DiDonato and Franco Fagioli. He also won the 2019 Young Talent Award of the Music Section of the Critics’ Circle.

The orchestra played out of their skins for him, showing just how much they have bonded already … we should all be excited about what they have in store.

He is dynamic, energetic and exciting to watch, exhilarating for musicians and audience alike

Scottish music-lovers have something special in store. They need to wake up and savour the talent.

The Scottish Chamber Orchestra completely embraced Emelyanychev’s enthusiasm and responded with vigour. It is going to be a very exciting partnership to watch.

It’s time for Scottish audiences to buckle their seatbelts: Emelyanychev’s tenure is going to be an exciting ride.