James Gilchrist began his working life as a doctor, turning to a full-time career in music in 1996. His musical interest was fired at a young age, singing first as a chorister in the choir of New College, Oxford, and later as a choral scholar at King’s College, Cambridge. James’ extensive concert repertoire has seen him perform in major concert halls throughout the world with conductors including Sir John Eliot Gardiner, Sir Roger Norrington, Bernard Labadie, Harry Christophers, Harry Bicket, Masaaki Suzuki and the late Richard Hickox.

A master of English music, he has performed Britten’s Church Parables in St Petersburg, in London and at the Aldeburgh Festival, Nocturne with the NHK Symphony in Tokyo and War Requiem with the San Francisco Symphony and the National Youth Orchestra of Germany. Equally at home in Baroque repertoire, appearances include Handel’s L’Allegro il Penseroso ed il Moderato with Stuttgart Bachakademie and at Teatro Real, Madrid, Solomon with Les Violons du Roy, Semele with Concerto Köln, Elijah with the Orquesta y Coro Nacionales de España, Madrid, Goteborgs Symfoniker and Bach Collegium Japan, all under the baton of Masaaki Suzuki, Hercules with the English Concert, Ode to St Cecilia with Basel Chamber Orchestra and Messiah with Boston Handel & Haydn Society and the City of Birmingham Symphony Orchestra. Bach’s Christmas Oratorio and the St John and St Matthew Passion feature prominently in his schedule, and he is celebrated as perhaps the finest Evangelist of his generation; as one review noted, ‘he hasn’t become a one-man Evangelist industry by chance’.

In the 2021-22 season, James returns to the role of Reverend Horace Adams in Deborah Warner’s production of Peter Grimes, making his company debut at the Royal Opera House, Covent Garden. In the US James will sing B minor Mass with Philharmonia Baroque in a tour of California, Bach’s Easter Oratorio with Music of the Baroque in Chicago, and the St John and St Matthew Passions as part of the Oregon Bach Festival. Elsewhere in concert he joins Tenebrae for performances of Messiah for a European tour, sings St Matthew Passion with the Rotterdams Philharmonisch Orkest, Britten Serenade for Horn, Tenor and Strings with the London Mozart Players and Mendelssohn Elijah with the Orquesta Sinfónica de Galicia, conducted by Richard Egarr. An established and celebrated recitalist across the UK, this season James returns to the Oxford Lieder Festival, Snape Maltings and releases upcoming disc 100 Years of British Song, Volume III on Somm Recordings alongside pianist Nathan Williamson; the final instalment of their three-part recording project, The Art of British Song.

On the opera stage James has performed the role of Rev. Adams in Britten’s Peter Grimes with Bergen Philharmonic and Edward Gardner with performances at the Bergen and Edinburgh International Festivals, and more recently at Den Norske Opera, Oslo, Grieghallen in Bergen and the Royal Festival Hall, London. Last season he reprised the role in a new production by Deborah Warner in his company debut at the Teatro Real Madrid, conducted by Ivor Bolton. Recent concert highlights include a European tour of Bach’s St John Passion with Bach Collegium Japan and Masaaki Suzuki, Christmas Oratorio with Stephen Layton and the Orchestra of the Age of Enlightenment, a live in-concert recording with the BBC National Orchestra of Wales performing works by Warlock, Dowland and Judith Bingham, Haydn’s Creation with Dallas Symphony Orchestra and for a staged production with Garsington Opera and Ballet Rambert, as well as appearances with

Aarhus Symphony Orchestra in Denmark, the BBC Scottish Symphony Orchestra, for a series of concerts in Langeland with the pianist Julius Drake, a collaboration with the Academy of Ancient Music on a programme of Bach & Purcell, and a return to King’s College, Cambridge to perform St Matthew Passion as part of Stephen Cleobury’s final Easter week as Director of Music. Steering away from familiar styles, James recently worked with Eddie Parker’s Debussy Mirrored Ensemble with performances in York, Bristol and London. With a fusion of jazz, classical and improvisation the work was a celebration and creative response to Debussy’s work in the centenary of the composer’s death.

In 2017, James celebrated 20 years of collaboration with pianist Anna Tilbrook with a recital in Oxford. Their recent performances together include a weekend celebrating Vaughan Williams at St John’s Smith Square, and a new project for the Wigmore Hall - ‘Schumann and the English Romantics’, pairing Schumann song cycles with new commissions from leading composers Sally Beamish, Julian Philips and Jonathan Dove. Following the release of their new disc Solitude in July 2020, James and Anna returned to the Wigmore Hall for an exclusive performance of the programme broadcast live online. The disc, released on Chandos Records includes Jonathan Dove’s Under Alter’d Skies, commission by and premiered at the Wigmore in 2017 for the Schumann song cycle project. 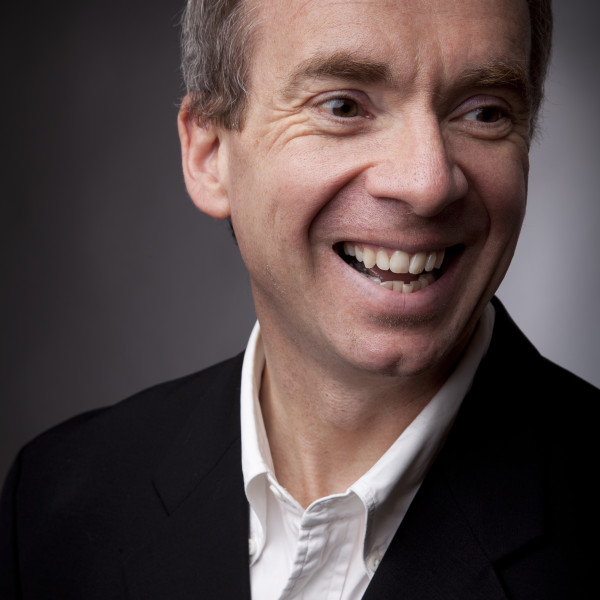