Gregory Batsleer is acknowledged as one of the leading choral conductors of his generation.

He has held the position of Chorus Director with the Scottish Chamber Orchestra since 2009, winning widespread critical acclaim for his work in raising musical standards as well as widening the artistic activities of the Chorus with creativity and vision.

Over the last ten seasons Batsleer has led the development of the Chorus, overseeing the growth of vocal coaching and the SCO Young Singers’ Programme and the emergence of regular a capella concerts. As well as preparing the Chorus for regular performances with the Orchestra, including the Chorus’ acclaimed debut at the BBC Promenade Concerts this year, he has directed their successful appearances at Edinburgh International Jazz Festival, East Neuk and St Andrews Voices Festivals, and at Greyfriars Kirk.

Since 2015, Batsleer has been Chorus Director of the Royal Scottish National Orchestra and in 2017 took up the newly-created position of Director with Huddersfield Choral Society. He previously held the posts of Director of the Hallé Youth Choir and Director of Choirs at Manchester University.

Gregory Batsleer is deeply committed to exploring new ways of presenting music and extending its reach beyond the concert hall. With SCO Chorus he co-devised and conducted a critically-acclaimed semi-staged performance of Parry’s Songs of Farewell, directed by Jack Furness. He is co-Artistic Director of Festival Voices, a professional ensemble dedicated to the performance of choral music reimagined with live electronics. In recent seasons he has curated and conducted cross-art performances at Latitude Festival, Wilderness Festival, the Southbank Centre, London Handel Festival and at the Royal Northern College of Music. He has worked as an artistic advisor at the Sam Wanamaker Playhouse and on projects with leading contemporary artists including Elbow, Damon Albarn, David Lang, Carlos Acosta, Clean Bandit, Guy Garvey and Joy Division.

From 2012 – 2016 Gregory Batsleer was Artistic Director of the National Portrait Gallery’s Choir in Residence Programme, the first in-house music programme in a museum or gallery in the world. Together with the Portrait Choir he recorded an acclaimed Choral Audio Guide to the Gallery’s permanent collection.

Alongside his work as a performer, he is a director of innovative performing arts charity Future Stages and sits on the Boards of Manchester Camerata and Charades Theatre Company.

Gregory Batsleer’s outstanding work as a choral director was recognised with the 2015 Arts Foundation’s first-ever Fellowship in Choral Conducting.

“What can so often seem like an endurance test was here a euphoric success from start to finish... most impressive was the extraordinary detail he demanded and received throughout from Gregory Batsleer’s expertly-trained chorus; needle-sharp diction capable of cutting through the orchestral largesse, and expressive range intensified by the superb homogeneity of the voices” The Scotsman (Beethoven Missa Solemnis, April 2017)

Gregory's Chair is kindly supported by Anne McFarlane
Are you interested in sponsoring a Chair? 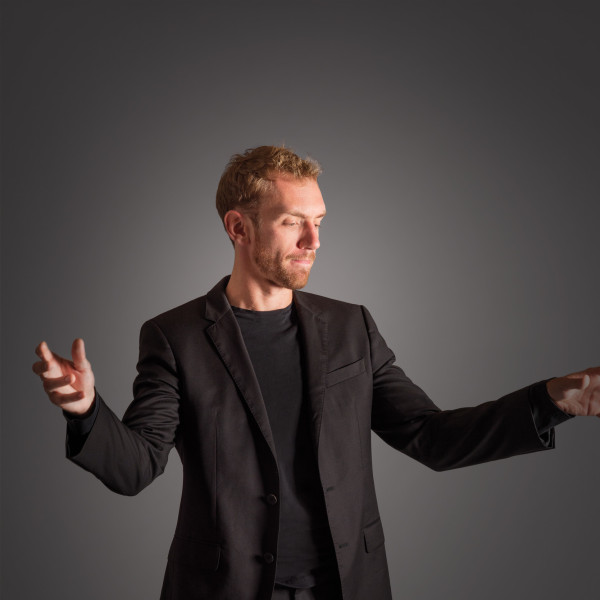 The SCO Chorus, trained to within an inch of their lives by Gregory Batsleer, sang this music with truth and thrilling conviction.

What can so often seem like an endurance test was here a euphoric success from start to finish... most impressive was the extraordinary detail he demanded and received throughout from Gregory Batsleer’s expertly-trained chorus; needle-sharp diction capable of cutting through the orchestral largesse, and expressive range intensified by the superb homogeneity of the voices.

The SCO Chorus under Gregory Batsleer was mesmerising, pitch perfect and dramatic ... totally committed to express every nuance of this intense work.