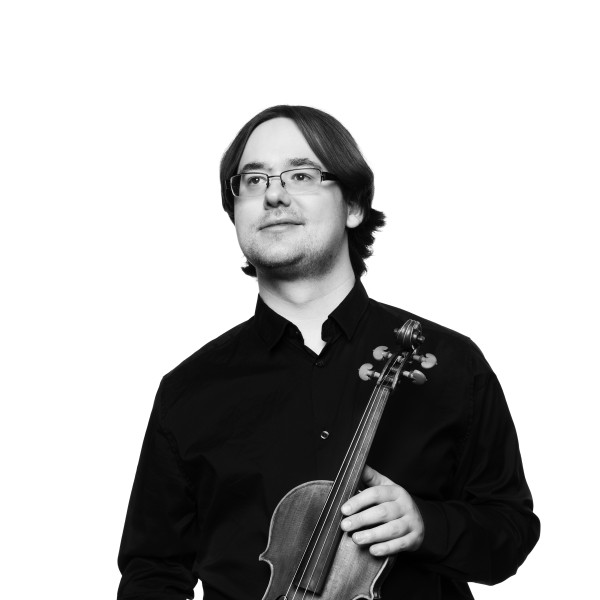 Benjamin Marquise Gilmore studied with Natalia Boyarskaya at the Yehudi Menuhin School and with Pavel Vernikov in Vienna, and later with Julian Rachlin and Miriam Fried. During this time he won prizes at the Oskar Back, Joseph Joachim and Salzburg Mozart competitions, and became a member of the Chamber Orchestra of Europe. Benjamin is currently joint concertmaster with the Scottish Chamber Orchestra and London’s Philharmonia Orchestra, and has appeared as soloist and director with the SCO and the Camerata Salzburg. He is a passionate chamber musician and often collaborates with members of the SCO and Philharmonia, and has performed at festivals such as Kuhmo, Prussia Cove and Ravinia.

Benjamin’s father was the musicologist Bob Gilmore and his grandfather is the conductor Lev Markiz. He is married to Hannah Shaw, a violist, and enjoys cooking and cycling, in both of which disciplines he makes up in enthusiasm what he lacks in proficiency.

Are you interested in sponsoring Ben's Chair?
Join the Principal Conductor's Circle