“We have to admit, after listening, that Aylen Pritchin is the future of the violin and that he will amaze us with all his art.” – ClassiqueHD

"Aylen Pritchin is obviously gifted with something special to say and with an outstanding musical culture.” - Bruno Monsaingeon

Russian violinist Aylen Pritchin is praised by critics for his musical flexibility, personal style, and insightful and artistic interpretations.

Early career
Born in Saint Petersburg, Aylen studied with Pr. Elena Zaitseva in his hometown and at the prestigious Tchaikovsky Conservatory in Moscow, where he studied with Pr. Eduard Grach. In 2014, Aylen was awarded First Prize at the Long-Thibaud International Violin Competition. He was a former major prize winner at the Wieniawski, Tchaikovsky, Sion-Valais, Kreisler and Oistrakh International Violin Competitions.

His career has led him to perform in Russia and abroad, including Switzerland, Netherlands, Italy, Israel, Poland, Belgium, Bulgaria, Sweden, Czech Republic, France, Germany, Vietnam and Japan; In such prestigious venues as the Vienna Konzerthaus, Amsterdam Concertgebouw, Stockholm Musikaliska, Salzburg Mozarteum, Tchaikovsky Conservatory Hall in Moscow and the Champs-Elysées Theatre in Paris.

Aylen gives chamber music concerts with his music partners Lukas Geniusas and Yuri Favorin, as well as conductor and pianist Maxim Emelyanychev, including the Hamburg Elbphilharmonie.

Recordings
In December 2017 the Russian label Melodiya publishes Aylen Pritchin’s third album with Prokofiev´s works for violin and piano with Yury Favorin. Two other albums include Russian music for violin (Tchaikovsky, Stravinsky, Desyatnikov) and works for piano trio with Lukas Geniušas and Alexander Buzlov. In August 2019, the label Ad Vitam Records released his latest cd dedicated to solo violin music with some of the most important and significant of the 20th century, including the first edition ever of Tema con 8 variazioni by the composer Jean Françaix.

Aylen Pritchin and Maxim Emelyanychev’s album, dedicated to the Brahms Violin Sonatas has been released in December 2021 on Aparté.

Teaching positions
Aylen is currently teaching at the Royal Conservatories of Antwerp and Brussels. 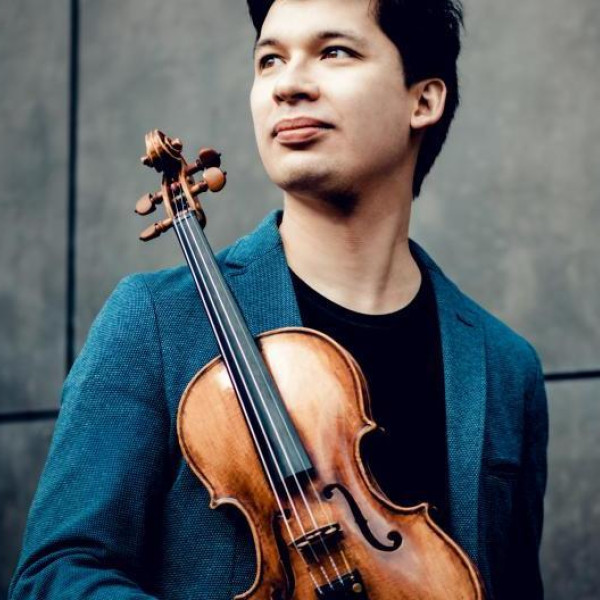