Performing music from baroque to new commissions on both modern and period instruments, Alina Ibragimova has established a reputation for versatility and the “immediacy and honesty” (The Guardian) of her performances. Highlights of the 2021/22 season include returns to the Royal Concertgebouw Orchestra, London Symphony and Philharmonia Orchestra; debuts with the Mahler Chamber Orchestra and St Petersburg Philharmonic; and appearances at Hamburg’s Elbphilharmonie and Vienna’s Konzerthaus and Wigmore Hall.

In recital, Alina has appeared at Southbank Centre, Amsterdam’s Concertgebouw, Salzburg’s Mozarteum, Vienna’s Musikverein, Carnegie Hall, Pierre Boulez Saal and the Royal Albert Hall where she performed Bach’s Sonatas and Partitas for solo violin as part of the BBC Proms. Her longstanding partnership with pianist Cédric Tiberghien has seen the duo tour extensively worldwide and win acclaim for their traversals of sonatas by Mozart and Beethoven, both live and on record. Alina is also a founding member of the Chiaroscuro Quartet – one of the most sought-after period ensembles.

Alina’s discography on Hyperion Records ranges from Bach Concertos with Arcangelo through to Prokofiev Sonatas with Steven Osborne. Her 2020 album of Shostakovich Violin Concertos with Vladimir Jurowski and the State Academy Symphony Orchestra of Russia received a Gramophone Editor’s Choice, Diapason d’Or and was one of The Times’ Discs of the Year. Her 2021 recording of Paganini’s 24 Caprices topped the classical album charts on its release.

Born in Russia in 1985, Alina studied at the Moscow Gnesin School before moving to the UK where she attended the Yehudi Menuhin School and Royal College of Music. Her teachers have included Natasha Boyarsky, Gordan Nikolitch and Christian Tetzlaff. Alina’s many awards include the Royal Philharmonic Society Young Artist Award 2010, the Borletti-Buitoni Trust Award 2008, the Classical BRIT and Young Performer of the Year Award 2009. An alumnus of the BBC New Generation Artists Scheme (2005-07), she was made an MBE in the 2016 New Year Honours List. Alina performs on a c.1775 Anselmo Bellosio violin kindly provided by Georg von Opel. 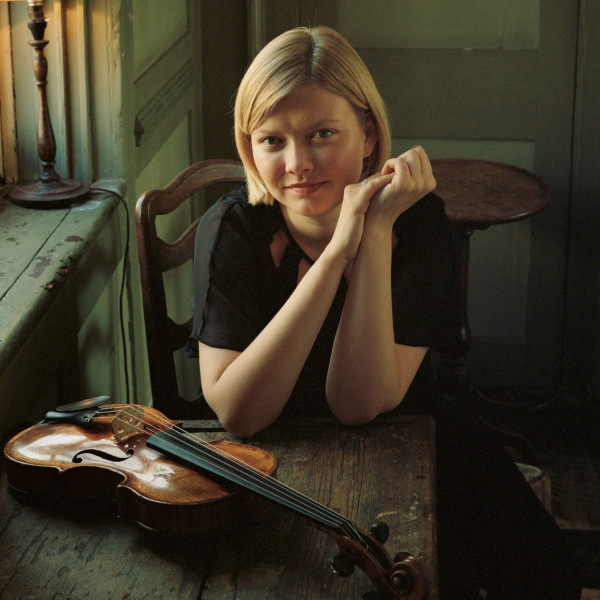