A work by Mozart which was mysteriously aborted will be brought to life this week with an arrangement by conductor and soloist, Thomas Zehetmair.

Believed to have been written near the end of his life, only a fragment of Mozart's G major String Trio survives today. With less than 100 bars of music, renowned violinist and conductor Thomas Zehetmair took on the task of making his own completion and arrangement of the unfinished work.

Mozart’s Fragment for string trio was probably written in 1790, or even in his last year, 1791, certainly after his amazing Divertimento, K563. It is fascinating to imagine what could have been, so I was eager to try when the Swiss Chamber Soloists commissioned the project as a link between chamber music and string orchestra. The premiere took place in Geneva on 18 September 2021.

‘Each note by Mozart is played by a solo trio until the voices fade out, each in a different place at the beginning of the development section. The orchestra mirrors the disappearing melody and begins with a barely audible chorale. Atypically for that period, Mozart throws in rather short and playful themes in his existing exposition. The written 100 most joyous and elegant bars feel like invitations for the motifs to interact, to be combined and twisted with each other. The ascetic form of the trio is pulverised by the resulting diversity, the intended “cadenza” (in the sense of virtuoso playing with original themes) for strings includes its opposite, in a manner of speaking: the decadence of the full orchestra sound compared to the pure, “virtuous” form of the string trio.

‘Being aware that nobody can write like Mozart, I hope that Mozart takes a quick look at this version from his higher dimension, smiles and says: “Yes, the piece could continue like this!”

Thomas Zehetmair will conduct the work with the SCO on the 14 & 15 of October at The Queen's Hall, Edinburgh and The City Halls, Glasgow.

Being aware that nobody can write like Mozart, I hope that Mozart takes a quick look at this version from his higher dimension, smiles and says: “Yes, the piece could continue like this!” 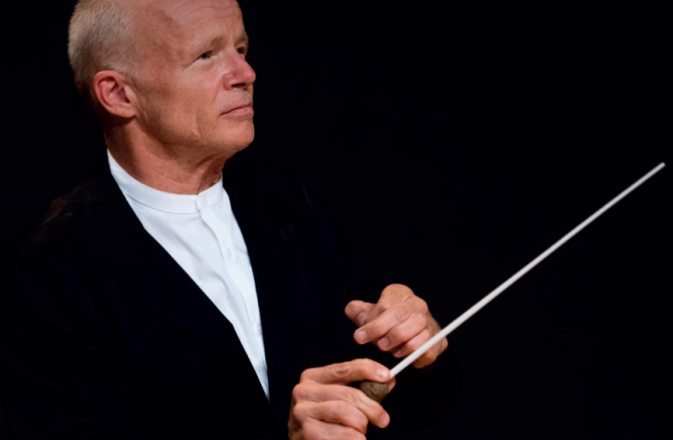