Alongside the Musical Postcards created by the SCO players, we have asked our summer tour friends all around Scotland if they could share some memories of the SCO visiting their communities. Thank you for sending us these lovely souvenirs, we are missing touring tremedously and can not wait to being back on the road again.

This incident involved the big SCO van bringing instruments and equipment to the concert. We just had new gravel spread at the side of the Universal Hall nearest the load ramp. However the gravel was too deep and the van sank into it - the wheels spun without getting a grip. We tried organising people power to push the van out but still without a result. The situation was resolved when we phoned the local farmer and he brought his tractor over and towed the van out to cheers from us and the SCO crew. Ah - the joys of a rural venue!
The SCO driver then persuaded the tractor driver to accept two complimentary tickets for the show. He came along with his wife who was clearly delighted to come.

SCO concerts in Callander have delighted me because of the friendliness of the musicians and staff backstage, the excellent choice of programme, the rapport with the audience and the sheer beauty of the performance. If it had in any way ‘failed’, then my reputation would have been in shreds.

My best personal musical memory is of a concert SCO gave in Dunblane Cathedral I think in 2018 when the Principal Clarinet had those of us who have ever tried to play clarinet breathing along with him... it was an unforgettably beautiful musical experience that we still talk about.

We were thrilled with the performance of BACH Brandenburg Concerto No. 3 with Pekka Kuusisto in 2019. The players stood in an arc and mesmerised us, their bodies so involved in the music making! He first played in Ayr Town Hall bringing us MENDELSSOHN Violin Concerto conducted by Thomas Dausgaard in January 1998!

In 2009, we saw Nicholas McGegan conducting with soloist Maximiliano Martín playing WEBER Clarinet Concerto No. 2 in E flat. He was wonderful and we recall that his parent had come over from Tenerife to support him.

The SCO is our favourite Scottish orchestra and we have been welcoming the orchestra since 1982.

Fraserburgh music lovers always look forward to the Summer Visit of the SCO as can be seen from the audience numbers and applause.

Perhaps the most memorable was the visit in 1992 when a special piece The Corridor of Time was written by Steve King to commemorate the town's quatercentenary with the spin off of The Broch song involving primary and secondary. Fraserburgh, or The Broch as it is know locally, is a great place for visitors.

TAKE PART IN OUR #SCOPOSTCARDS CAMPAIGN

We would love to hear and see your memories of previous SCO summer tour concerts and/or memories of a specific location in Scotland, whether this be fond times with friends or family or simply a place which inspires you. 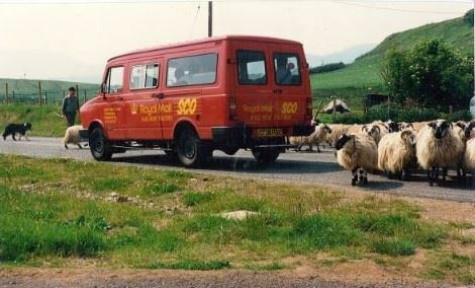