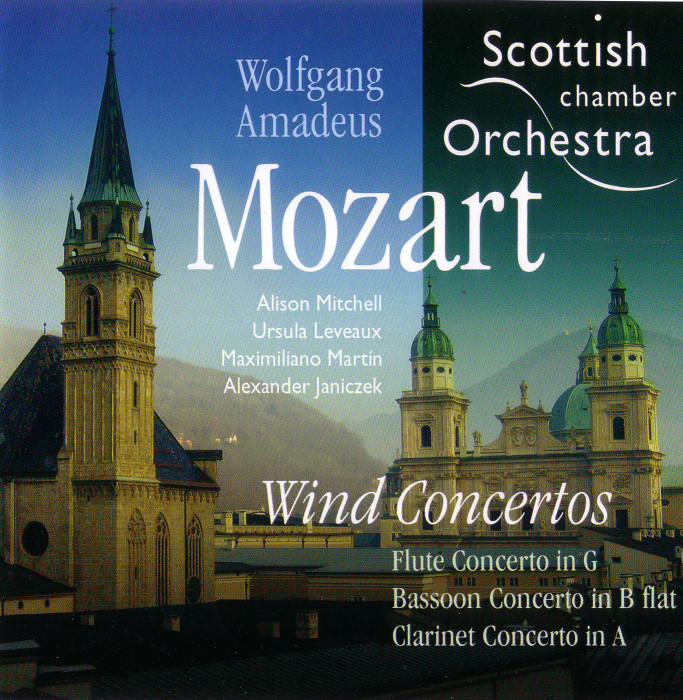 Austrian conductor Alexander Janiczek is the ideal choice to lead the orchestra in the well-loved repertoire of his fellow Austrian. Audiophile Audition summed up the recording in its review: 'Three superb concertos, three superb soloists, and a superb hi-res recording.'

Incredibly the Bassoon Concerto was written when Mozart was only eighteen. By this stage in his life he had already written about thirty symphonies, a dozen string quartets and several Italian operas. The Flute Concerto is notable for the fact that Mozart did not like the flute as an instrument, famously stating 'whenever I have to write music for an instrument I dislike, I immediately lose interest'.