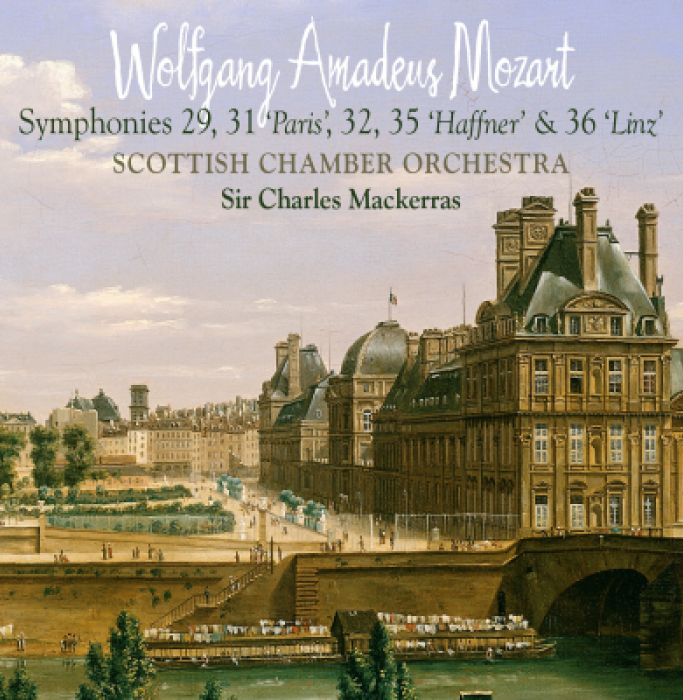 The multi-award-winning partnership of the Scottish Chamber Orchestra and Sir Charles Mackerras is reunited in this second collection of Mozart Symphonies featuring Nos. 29, 31 ('Paris'), 32, 35 ('Haffner') & 36 ('Linz'). This much anticipated recording follows on from the astounding success of Mozart: Symphonies 38-41 which resulted in Mackerras and the SCO winning the Critics' Award at the 2009 BRIT Awards and led to Mozart: Symphonies 38-41 being named 'Disc of the Year' at the 2009 BBC Music Magazine Awards.

This recording includes both versions of the second movement of the 'Paris' Symphony; unusually Mackerras requested that the alternative version follows the original, rather than coming at the end of the album as an appendix. An obsessive musical researcher, Mackerras merged his considerable knowledge of these works with scores and parts he has been editing from available sources for years in preparation for this recording. 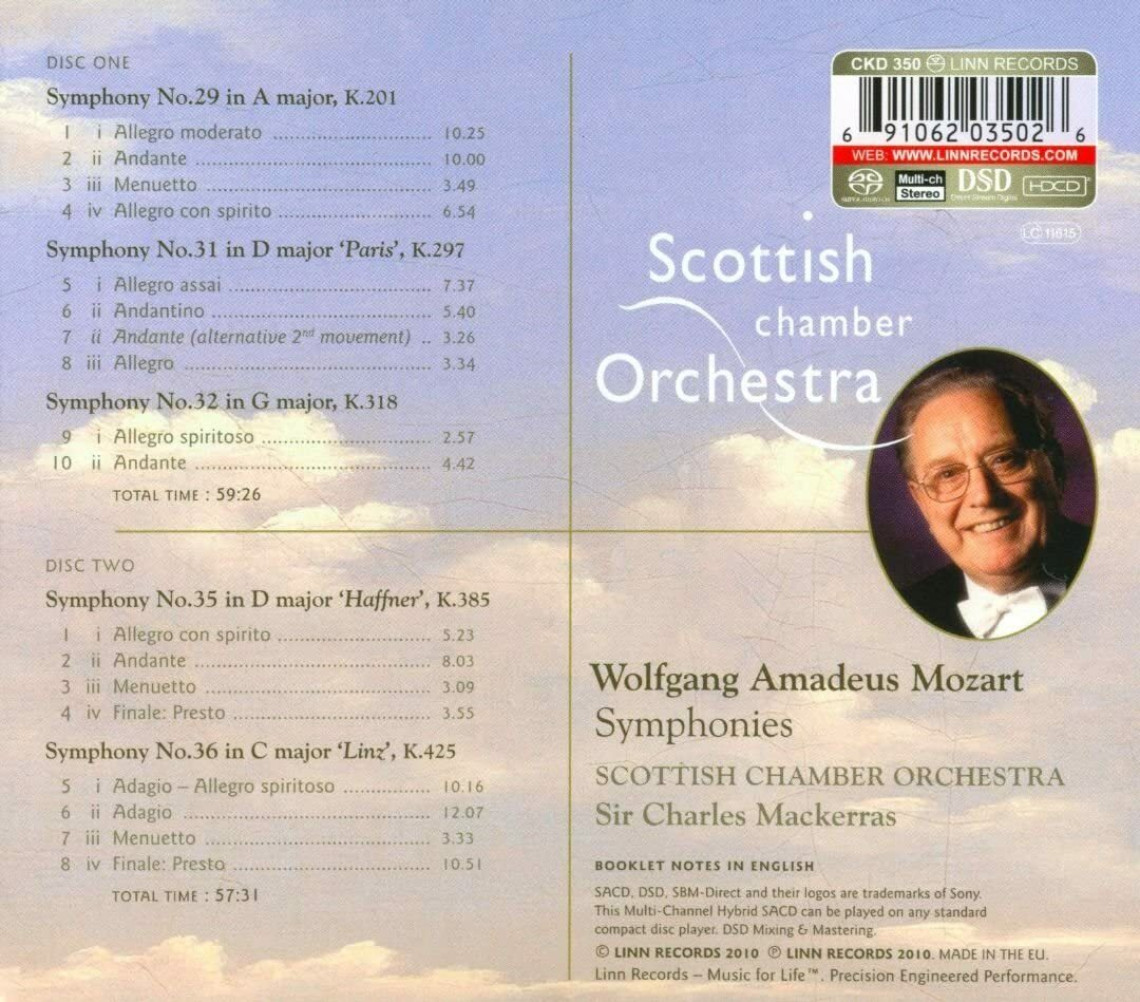