Ruth studied with Emanuel Hurwitz at the Royal Academy of Music, before winning scholarships to study for two years with Professor Max Rostal in Switzerland. On her return to London she joined the pioneering contemporary music group Lontano with which she toured extensively, appearing at the Proms twice and featuring on many radio and CD recordings.

She is a passionate chamber musician, both within the Orchestra and with other ensembles, having played with the Chamber Group of Scotland, Hebrides Ensemble, Nash Ensemble, Schubert Ensemble and the London Sinfonietta, which she has led on several occasions, and with which she has played as a soloist. She has also made solo appearances with the London Bach Orchestra and Tiford Bach Orchestra, as well as the SCO.

She has been invited as guest leader to John Eliot Gardiner’s Orchestre Revolutionnaire et Romantique and Flemish Opera in Antwerp, and closer to home, appeared as leader with the BBC Scottish Symphony Orchestra and Northern Sinfonia. Ruth also enjoys teaching, including at the Royal Conservatoire of Scotland.

Are you interested in sponsoring Ruth's Chair?
Join the Principal Conductor's Circle 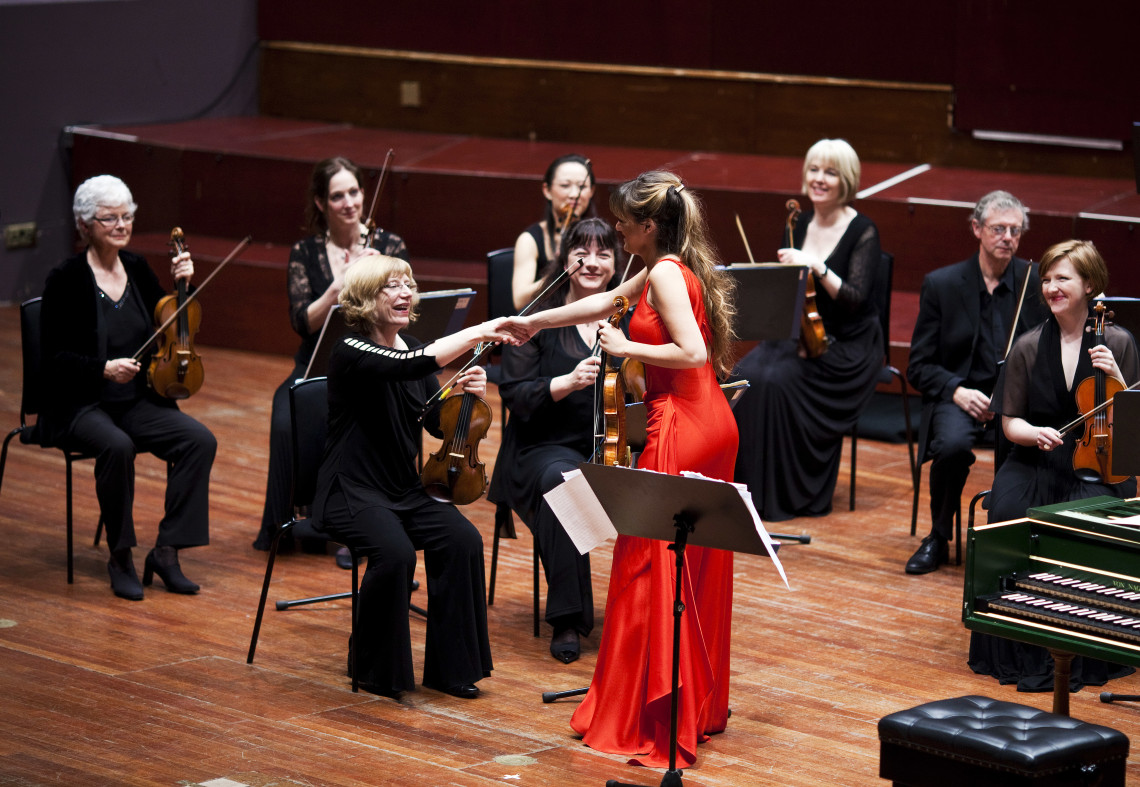 WE CAUGHT UP WITH RUTH FOR 60 SECONDS TO HAVE A CHAT...

Why did you choose your instrument?

I chose the violin because my mum played it & I loved the sound of her practising.

What do you love most about playing your instrument?

I love playing the violin because I can express every emotion through its sound. It can sound soulful one moment & playful another- even angry sometimes.

What is it like to perform in a concert?

Performing in a concert is one of my favourite things-I particularly love the first moment of walking out on stage & feeling the excitement of the audience.