Rachel Leach was born in Sheffield. She studied composition with Simon Bainbridge, Robert Saxton and Louis Andreissen. Her music has been recorded by NMC and published by Faber. She has won several awards including, with ETO, the RPS award for best education project 2009 for One Day, Two Dawns.

Rachel has worked within the education departments of most of the UK’s orchestras and opera companies. The majority of her work is for the London Symphony Orchestra and the London Philharmonic Orchestra. Rachel has written well over twenty pieces for LSO Discovery and fifteen community operas, including seven for ETO.

Alongside this she is increasingly in demand as a concert presenter. She is the presenter of the LSO St Lukes lunchtime concert series and regularly presents children’s concerts and pre-concert events for LSO, LPO, Philharmonia Orchestra, Scottish Chamber Orchestra, Royal College of Music and Royal Northern Sinfonia 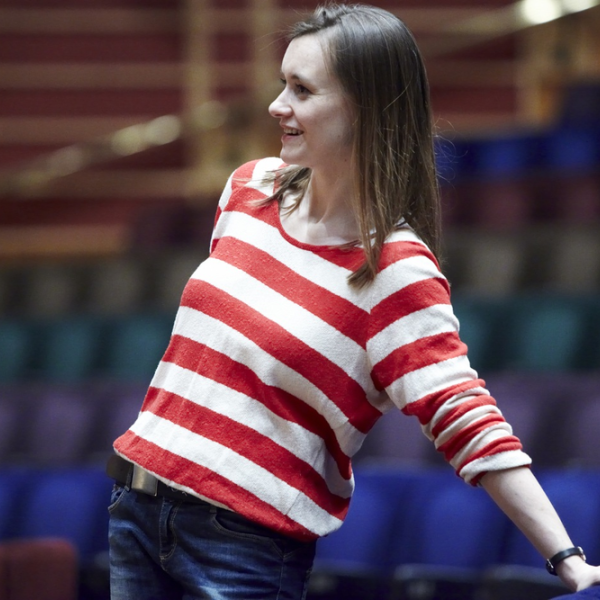