Nicholas Daniel has long been acknowledged as one of the world’s great oboe players, and is one of Britain’s best known musicians. In a distinguished career that began more than four decades ago he has become an important ambassador in many different musical fields, and has significantly enlarged the repertoire for his instrument with the commissioning of hundreds of new works.

Nicholas dedicates his life to music in many varied ways. He records and broadcasts widely, including regular recordings on the Harmonia Mundi Label, and he boasts a huge following internationally on social media. He is proud to support and patronise many important initiatives, charities and trusts, and has directed several music festivals and concert series, most notably in Germany and Dartington, and has been Music Director of the Leicester International Music Festival and lunchtime series for many years. He is highly sought after as a teacher, being Professor at the Trossingen
Musikhochschule in Germany and at the Guildhall School of Music in London.

Following his BBC Proms conducting debut in 2004, he works with many fine ensembles in wide-ranging repertoire ranging from Baroque to contemporary, and from small groups to opera. He is Music Director of Triorca, an orchestral project which brings together talented young musicians from Serbia, Germany and the UK. In recognition of his achievements he was honoured in 2012 by Her Majesty Queen Elizabeth II with the prestigious Queen’s Medal for Music, and cited as having made
“an outstanding contribution to the musical life of the nation”. In October 2020 he was awarded an OBE.

Having sung as in the choir of Salisbury Cathedral as a boy, Nicholas was put directly into the spotlight at the age of 18 when he won the BBC Young Musician of the Year competition. After a short period of study at London’s Royal Academy of Music, with Janet Craxton and Celia Nicklin and then privately with clarinettist Anthony Pay and with Hans Keller, he quickly established his career with early debuts at the BBC Proms and on disc.

He has been a concerto soloist with many of the world’s leading orchestras and conductors, performing a huge range of repertoire from Bach to Xenakis and beyond, premiering works written for him by composers including Harrison Birtwistle, Henri Dutilleux, James MacMillan, Thea
Musgrave, John Tavener and Michael Tippett, as well as encouraging many younger composers to write for the oboe. His recording of concertos by Vaughan Williams and MacMillan was awarded the BBC Music Magazine Premiere Award in 2016.

As chamber musician Nicholas is a founder member of the award-winning Britten Sinfonia, the Haffner Wind Ensemble and the Britten Oboe Quartet, whose debut disc was released to great acclaim on the Harmonia Mundi label in 2017. He also works regularly with the pianists Charles Owen and Julius Drake, and with many leading string quartets including the Carducci and Vogler. He is principal oboist of Camerata Pacifica, California’s leading chamber music ensemble, and is a popular guest at music festivals all over the world. 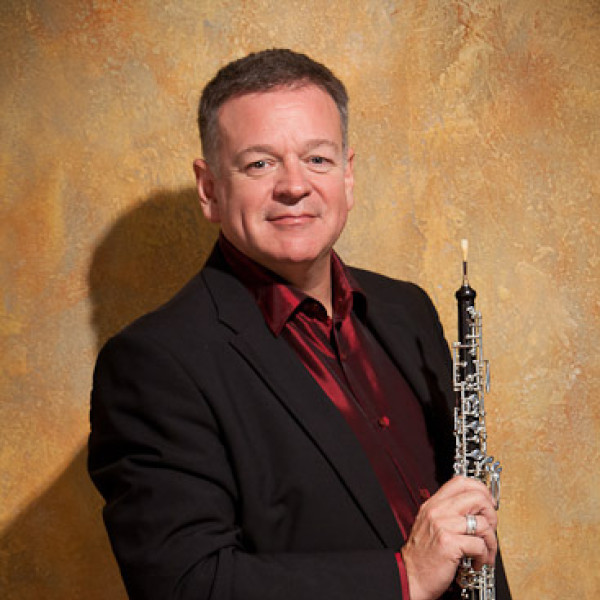