Italian-born violinist Laura Comini has performed in the most famous festivals in Europe such as the BBC Proms, the Salzburg Festival and the Schleswig-Holstein Festival, and has taken part in concerts in the most renowned concert halls of the world such as Musikverein and Konzerthaus in Vienna, Concertgebouw in Amsterdam, The Royal Albert Hall and Barbican in London and Teatro Colon in Buenos Aires. Laura was Sub-principal 2nd Violin of the Mozarteumorchester and also collaborates with the Munich Chamber Orchestra, NDR Radiophilharmonie Hannover and Vienna Symphony Orchestra.

Laura studied at the Universität für Musik und Darstellende Kunst in Vienna under Ernst Kovacic and later at the Hochschule für Musik in Detmold under Ulrike-Anima Mathé, where she received both her Diploma and Masters Degree. She also studied intensively with Erich Höbarth in Vienna and Daniel Phillips in New York who both greatly influenced her violin playing, and with Gerhard Schulz at the IMS Prussia Cove in 2011.Another key player in her artistic development is András Schiff, whom through a series of master classes inspired her deep interest in the chamber music repertoire and later invited her to join his orchestra, the Cappella Andrea Barca, for a series of concerts.

Laura is the recipient of a grant from the Alumni Verein of the Hochschule für Musik Detmold.

Are you interested in sponsoring Laura's Chair?
Join the Principal Conductor's Circle 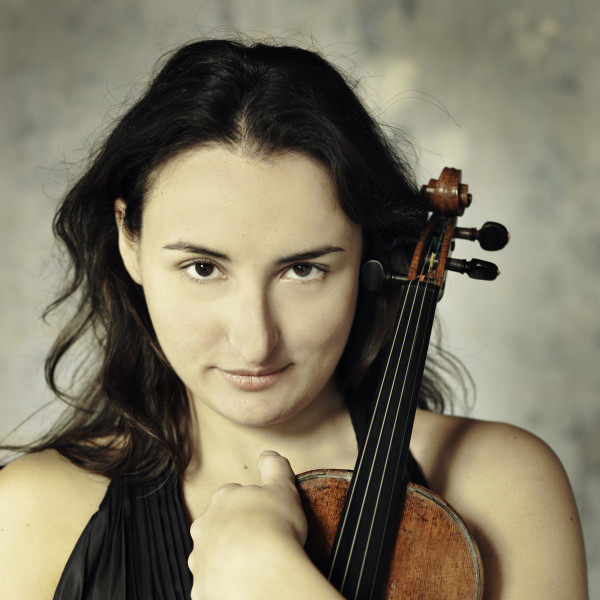