Elizabeth Atherton is one of Britain’s most versatile and compelling lyric sopranos, performing a wide range of repertoire in both concert and opera. She read Music at Trinity College, Cambridge before studying at the Royal Scottish Academy of Music and Drama and is the winner of numerous prestigious awards and prizes including the Maggie Teyte Prize, the Handel Singing Competition, the WNO Sir John Moores Award and WNO Chris Ball Bursary.

Elizabeth has since become a regular performer at Opera North, where roles have included Governess Turn of the Screw, Fiordiligi Cosi fan tutte, Micaela, Donna Elvira and Helena. Other opera includes Micaela (Royal Albert Hall and The O2), Merab Saul, title role Savitri and Kathleen Riders to the Sea (Buxton Festival), Pamina (Grange Park Opera), and she created the leading role of Eurydice in the world première of Harrison Birtwistle’s The Corridor (Aldeburgh, Holland, Southbank and Bregenz Festivals) and Medea in the world premiere of his The Cure (Aldeburgh Festival and Royal Opera House).

A committed recitalist, Elizabeth has appeared with Malcolm Martineau at the Aldeburgh Festival and with Iain Burnside at Wigmore Hall Leeds Lieder+ Festival and for the BBC Radio 3 Voices series. She has also given recitals at the Purcell Room, St. David’s Hall Cardiff, Kings Place, National Portrait Gallery and Linbury Studio at the Royal Opera House, Covent Garden. She broadcasts frequently on BBC Radio 3, including Mahler and Strauss Lieder with BBC Symphony and Jiri Belohlavek, and her discography includes Liszt’s Via Crucis and Missa Choralis (Hyperion), Classic Children’s Songs with Roderick Williams and Iain Burnside (Just Accord), Saul with The Sixteen and Harry Christophers (Coro) and Britten’s On this Island with Malcolm Martineau (Onyx): a “superb account” – The Guardian; “lustrous and dramatic” – The Times.

Recent engagements include Shostakovich’s Symphony No.14 with the BBC Scottish Symphony for BBC Radio 3, Meni in Thomas Adès’ new opera The Exterminating Angel at the Royal Opera House, her role debut as Leonore Fidelio for Longborough Opera, a return to Opera North as Donna Elvira, a reprise of the roles of Eurydice and Medea for the Holland Festival, song recitals with Roger Vignoles, Barber’s Knoxville with the Halle and the RLPO, Saul in Boston with Harry Christophers and the Handel and Haydn Society, song cycles by Dutilleux under Julian Anderson, Beethoven’s 9th Symphony under Ryan Wigglesworth with the BBC NOW and also with the BBCSO, Dvořák’s Stabat Mater with the Prague Symphony Orchestra, Schoenberg's Second String Quartet and Gorecki's Symphony No. 3 with the London Sinfonietta, Stravinsky's Threni with the LPO under Vladimir Jurowski, Handel’s Messiah with the Royal Northern Sinfonia, and concerts with the Birmingham Contemporary Music Group, the Ulster Orchestra under Rafael Payare, RSNO under Laurence Cummings, RLPO under James MacMillan, and St Paul Chamber Orchestra under Paul McCreesh. 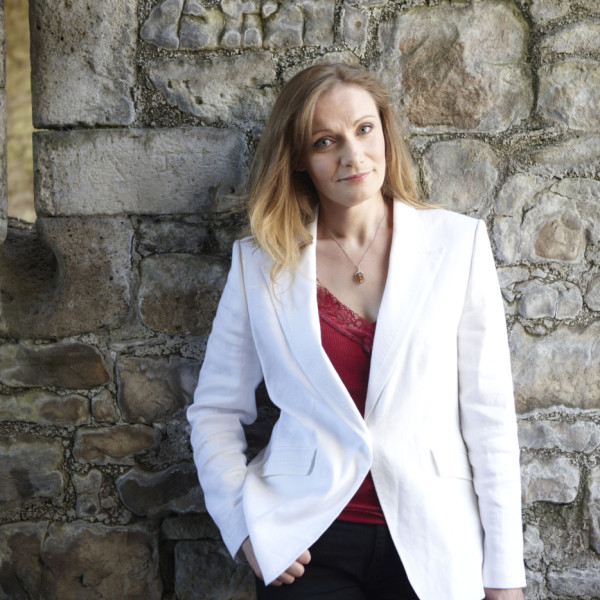