Clemens Schuldt is one of the most exciting young conductors emerging from Germany today, and is the Principal Conductor of the Münchener Kammerorchester. Clemens Schuldt is widely praised for his innovative interpretations of classical and romantic Germanic repertoire, often using his creativity to include lesser-known and contemporary repertoire in his programmes. Highlights of this season with the Münchener Kammerorchester include a recording of Márton Illés’ Violin Concerto with Patricia Kopatchinskaja, a collaboration with Jazzrausch Bigband, and appearances at Dresdner Musikfestspiele as well as Festspiele Herrenchiemsee. Further soloists he works with include Nikita Boriso-Glebsky, Vilde Frang, Ilya Gringolts, Steven Isserlis, Mischa Maisky, Baiba Skride, Kian Soltani, Christian Tetzlaff and Alisa Weilerstein.

Highlights in the opera pit include Clemens Schuldt’s debut at Venice Biennale conducting George Benjamin’s opera “Written on Skin” with the Orchestra Sinfonica Nazionale della Rai, which received raving reviews. He furthermore conducted a highly-praised production of “Così fan tutte” with the Münchener Kammerorchester in collaboration with the Theaterakademie August Everding. Schuldt was Conductor in Residence with the Staatstheater Mainz for two seasons, where he led new productions of Bellini’s “Norma”, Gluck’s “Armide”, Gounod’s “Faust”, Verdi’s “Rigoletto” and conducted performances of Wagner’s “Flying Dutchman”. Prior to this he led performances at the theatres of Innsbruck, Gelsenkirchen and Osnabrück.

Clemens Schuldt won the prestigious Donatella Flick Conducting Competition in London in 2010 and was the Assistant Conductor of the London Symphony Orchestra for one year. Born in Bremen, he studied the violin performing in the Gürzenich-Orchester Köln and the Deutsche Kammerphilharmonie Bremen, before taking up his conducting studies in Düsseldorf, Vienna and Weimar. 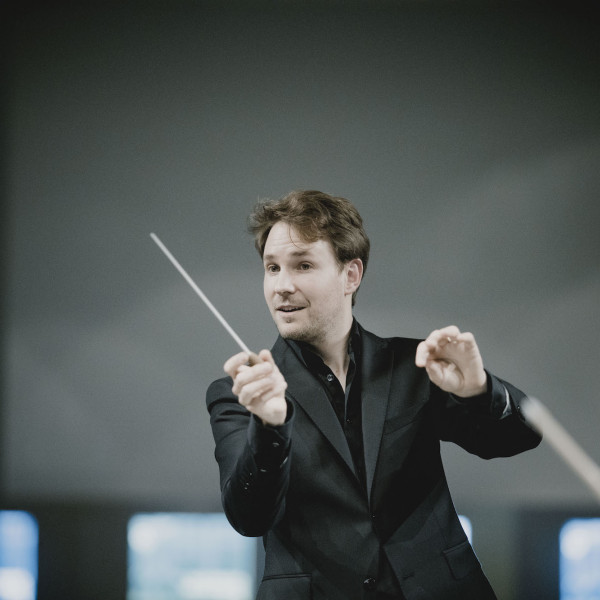