British soprano Claire Booth has become internationally renowned both for her commitment to an extraordinary breadth of repertoire, and for the vitality and musicianship that she brings to the operatic stage and concert platform. A regular contributor to the Aldeburgh Festival, Claire enjoyed a close collaboration with the late Oliver Knussen, and was the soprano soloist for many of his works, including the world premiere of ‘O Hototogisu’.

Operatic highlights include Rosina Il Barbiere di Sivigli, Elcia Mose in Egitto and Pakati in Jonathan Harvey's Wagner Dream, all for Welsh National Opera, La voix humaine in David Pountney’s production for the Cardiff Festival of Voice and the Aldeburgh Festival, the title role in Janacek's Cunning Little Vixen for Garsington Opera, and George Benjamin and Martin Crimp’s Into the Little Hill in a collaboration between the Royal Opera House and The Opera Group. Other roles have included Rosina The Barber of Seville and Dorinda Orlando (Scottish Opera), Nora in Vaughan Williams’ Riders to the Sea (English National Opera), La Comtesse Le Comte Ory (Chelsea Opera Group), and Romilda in a concert performance of Handel’s Serse with the Early Opera Company at St John’s Smith Square.

Her numerous concert appearances have resulted in close associations with the BBC Symphony Orchestra and Proms, the City of Birmingham Symphony Orchestra, Mahler Chamber Orchestra and the Aldeburgh and Holland Festivals. Further highlights include appearances with the Berlin Deutsche Symphonie, Boston Symphony, London Philharmonic, the Tokyo Philharmonic, Orchestra Ensemble Kanazawa, and the Royal Stockholm Philharmonic Orchestra. For more than a decade she has collaborated with video director Netia Jones to produce a series of critically acclaimed productions. These include her performances of Georg Friedrich Haas' Atthis and Kurtag's Kafka Fragments (ROH), Max in Knussen's Where the Wild Things Are and Rhoda in Higglety, Pigglety, Pop, which toured from the Aldeburgh Festival via the Los Angeles Philharmonic. Further appearances include Knussen’s O Hototogisu! and Birtwistle’s Chorales from a Toy Shop with the Birmingham Contemporary Music, Luigi Rossi's Oratorio per la Settimana Santa with Christian Curnyn, Ravel chamber works with the Nash Ensemble at London's Wigmore Hall, Britten’s On this Island in the opening concert of New Paths Music Festival in Beverley, and Knussen’s Songs for Sue with the Remix Ensemble and Orquestra Sinfónica in Porto, Portugal. Furthering her work with the BBC orchestras, in 2018 Claire sang Les Illuminations with the BBC Scottish Symphony Orchestra for a tour across Scotland.

Claire’s extensive discography includes her solo recital recordings of Percy Grainger Folk Songs and, most recently, Edvard Grieg Lyric Music with Christopher Glynn (Avie Records). She has also recorded diverse works by Ryan Wigglesworth and the Hallé Orchestra, including his Augenlieder of which she sang the world premiere. Others recordings include Lucia in Britten's Rape of Lucretia (EMI), Jonathan Harvey's Wagner Dream, John Eccles' The Judgement of Paris and works by Oliver Knussen, Jonathan Dove and Charlotte Bray.

In the 2018-19 season, Claire joined the BBC Symphony Orchestra to mark the centenary of the Armistice with a performance of Mark-Anthony Turnage’s The Silver Tassie. On the operatic stage Claire sang the title role in Handel’s Berenice, a co-production between the Royal Opera House and the London Handel Festival, and Nitocris Belshazzar in her company debut at the Grange Festival, both to critical acclaim. In concert she performed Knussen’s O Hototogisu! with the Birmingham Contemporary Music Group and at the Aldeburgh Festival with the Knussen Chamber Orchestra, Benjamin’s A Mind of Winter with the NHK Symphony Orchestra in Tokyo, and a programme of Birtwistle with the Nash Ensemble at London’s Wigmore Hall.

Performances in the 2019-20 season include Tippett A Child of our Time with Mirga Gražinytė-Tyla and CBSO at the Elbphilharmonie Hamburg, a programme of Grieg at the Oxford Lieder Festival with pianist Christopher Glynn, Augusta Read Thomas’ Of Being is a Bird with the Philharmonia Orchestra at the Royal Festival Hall, Knussen’s Songs for Sue and O Hototogisu with Ensemble Intercontemporain, and Pierrot Lunaire with the Psappha Ensemble. Claire will also join Edward Higginbottom for performances of Messiah in Spain and the UK, and return to the Wigmore Hall and Aldeburgh Festival with the Nash Ensemble to give the world premiere of Mark-Anthony Turnage’s Owl Songs. 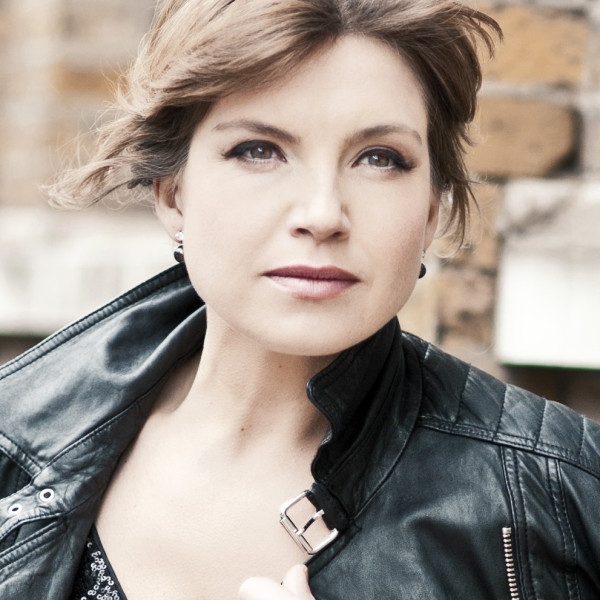