The flexibility and consistency of Allan Clayton’s vocal range, combined with a magnetic stage presence, have led to international acclaim in music from Baroque to contemporary. This breadth is demonstrated in recent title roles, which range from Albert Herring and Hamlet to Faust and Candide.

He has worked in leading opera houses around the world, singing David in Die Meistersinger von Nürnberg at the Royal Opera House and Bayerische Staatsoper, Ferdinand in Miranda at Paris’s Opéra Comique, and in several Barrie Kosky productions for the Komische Oper Berlin, such as Tamino in Die Zauberflöte, Castor in Castor et Pollux, Jupiter in Semele and the title role in Candide.

Clayton has appeared at the BBC Proms ten times since his first visit in 2008. Contributions have included Vaughan Williams’ Pastoral Symphony, Britten’s War Requiem, Berlioz’s l’enfance du Christ and the title roles in Handel’s Jeptha and Stravinsky’s Oedipus Rex. His world premiere performance of Gerald Barry’s Canada from 2017 was shown as part of the revised 2020 BBC Proms, for which he also sang Britten’s Nocturnes in a live broadcast. In recent concerts at Barbican Hall, he has sung in The Dream of Gerontius and Britten’s Spring Symphony with the London Symphony Orchestra under Sir Mark Elder and Sir Simon Rattle respectively, and in Mendelssohn’s Elijah with BBC Symphony Orchestra and Sakari Oramo.

He has performed at Wigmore Hall many times across his career, most recently curating a Britten Series that was curtailed by the Coronavirus situation. In June 2020 he was chosen to be part of the venue’s Special Broadcasts, a response to the crisis. He has given lied recitals around the world, with repertoire including works such as Schubert’s Winterreise and Die schöne Müllerin, Vaughan Williams’ On Wenlock Edge, and songs by Strauss, Wolf, Duparc and Tippett. Several composers have written song cycles specifically with his voice in mind, including Mark-Anthony Turnage with Refugee and Josephine Stephenson with Une saison en enfer. An advocate of contemporary music, he has appeared in world premieres of George Benjamin’s Written on Skin, Jonathan Dove’s The Adventures of Pinocchio and Gerald Barry’s Alice’s Adventures Underground.

His rich discography ranges from Handel, Mozart and Beethoven to Liszt, Britten and Lukaszewski.

Recent performances include Beethoven’s An die ferne geliebte with Oslo Philharmonic Orchestra under Andrew Manze, H.K. Gruber’s Frankenstein at the Royal Opera House, Covent Garden, and Britten’s Serenade with the Scottish Chamber Orchestra and Pekka Kuusisto. During the summer of 2020 he took part in Glyndebourne’s Garden Opera series with In the Market for Love, an updated version of Offenbach’s Mesdames de La Halle. During 2021, Allan made his role debut as Peter Grimes in a new production by Deborah Warner at Teatro Real Madrid (which comes to the Royal Opera House, Covent Garden in 2022), performed the role of Jim Mahoney in Barrie Kosky’s new staging of Weill’s The Rise and Fall of the City of Mahagonny for Komische Oper Berlin, he curated a major residency at Snape Maltings, centred around the works of Benjamin Britten, and performed Oedipus Rex at the Spoleto Festival. In May 2022, Allan will make his debut at the Metropolitan Opera in New York in the title role in the US premiere of Brett Dean’s Hamlet, and will then return later in the year for Peter Grimes. 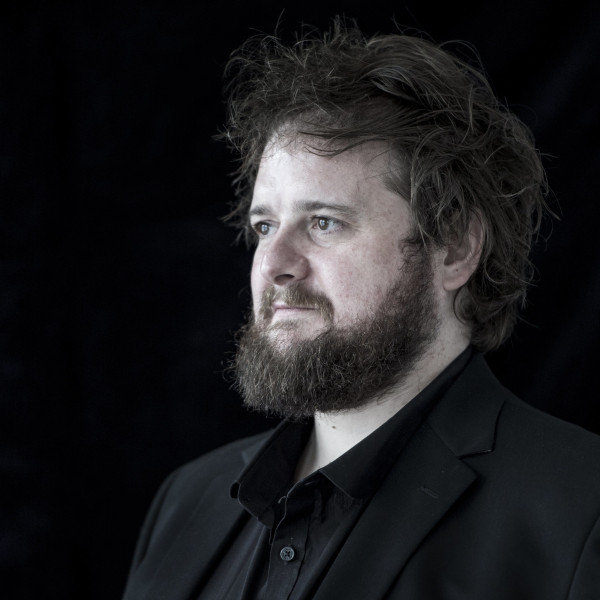