You were appointed as Principal Flute back in March – can you tell us a little bit about your musical background prior to the SCO?

From the beginning of my musical career I was touched by the musical group experiences, I didn’t really see the point of playing flute until I attended the local wind band rehearsal for the first time. It was unbelievable to see what the result of different individuals playing their own part was. In this first rehearsal, they already gave me the responsibility to take care of my own voice focusing in the collective goal. Since that moment, I decided to focus my career in this direction, first with local wind bands, later with youth orchestras and later on with professional orchestras. In the middle of this journey I discovered chamber music and that was my real crush. Seven years ago, together with some friends I had met on the road we decided to create an ensemble where we could rediscover symphonic pieces (Mahler, Beethoven Bartok…) through our own arrangements, from a more chamber-like approach and playing them without a conductor. This was the birth of Natalia Ensemble, and it was in this "lab" where I acquired most of the tools I use every day to play music. Those are indeed the tools I prioritize while working with my students at the Conservatoire or in the youth orchestras where I regularly coach.

You’ve performed with many wonderful orchestras and ensembles. What makes performing with the SCO so special?

I’m in love with chamber music and orchestral in equal proportion and the SCO seems to me the perfect combination of both fields. Its members are not only experienced orchestral musicians, but great chamber music players too. Its musicians’ versatility gives the orchestra endless possibilities of repertoire and style. It is a gift to be able to work alongside colleagues who, after having played a Beethoven’s symphony over 25 times, still find the freshness and energy to rediscover the piece once again. And of course, this orchestra’s success wouldn’t be possible without the entire team that works hard on a daily basis behind the scenes and without the audience that inspires us in every concert to bring out the best of ourselves.

Our Players are often in the spotlight, featuring as soloists in our Season. If you could perform any concerto, what would it be?

I’m really open to different styles of music. It would be a luxury to take advantage of the chamber music skills of the SCO for a piece such as the Nielsen Concerto, or rediscover together one of Mozart’s Concertos or even to approach a new piece together.

During lockdown we know you were in Spain for some time. How does it feel to be coming back to Edinburgh?

It was really frustrating when in March I got stuck in Spain with all my things packed and ready to start this new adventure in Scotland with the SCO. I am very excited and looking forward to playing weekly with the SCO. I have the feeling that it will be a series of amazing concerts, since we performers as well as the audience are thirsty for music.

If you hadn’t become a musician, were there other things you wanted to do?

What I love the most about my job as a musician is the ability we have to sensitise society. The main difference between art and entertainment is that, though they both give us nice times and allow us to disconnect for a while, art also makes us think and reflect out of our comfort zone. I can hardly imagine a job with a greater power than this. However, I am also a nature lover so I wouldn’t leave something related to mountain sports, nature conservation or cooking out of the picture. 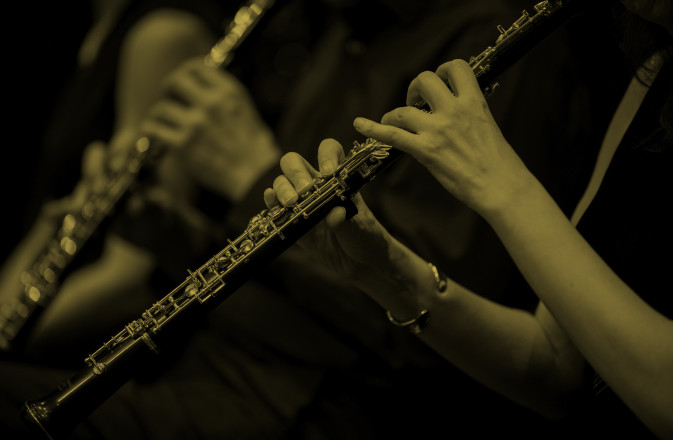 Join André and other members of the SCO for an exciting online performance of two chambers works by Francis Poulenc and Louise Farrenc this Thursday.