It’s important to me that the audience can be drawn into the programme as a whole, as well as each individual piece.

You were appointed SCO Second Violin back in 2014 – what has been your most memorable SCO concert to date?

Two concerts immediately pop into my mind – Beethoven 7 with Emmanuel Krivine – it was exhilarating. The other was a recent Baroque concert with Maxim – what an unparalleled energy he has, and such fun.

Outside of the SCO you are Artistic Director of the Stradbroke Chamber Music Festival in Australia, can you tell us a little bit about the Festival and how it came about?

North Stradbroke Island (Minjerribah) is a beautiful, special place that I have been visiting since I was a little kid. An island-resident friend and I concocted the first festival at Pilates class, amongst trap tables and reformers in 2007. It began that year as one concert and ballooned into three very quickly. We did everything ourselves – flyers, biscuits, ticketing and of course performing (I programmed all my favourite pieces side-by-side as I thought it would just be a one-off. Here we are 13 years later!). Now we do 6 concerts over a weekend, run education programmes alongside and have incredible community involvement. Over the past few years wonderful SCO friends and colleagues have joined me there to perform (including, of course, my husband, Cellist Eric de Wit).

Some of our concerts this winter will be programmed by SCO Players, including yourself – can you tell us a bit about your own approach to programming?

It’s important to me that the audience can be drawn into the programme as a whole, as well as each individual piece. Sometimes this means that there are tangible connections between the composers or the pieces. It can also mean that (like a good meal) each piece contributes a certain texture or flavour which complements the others. We are fortunate enough at Stradbroke over the years to have developed a special relationship between audience and performers, so that I feel we can easily programme the unfamiliar along with the familiar. It’s a wonderful thing to feel that the bond between audience and performer is part of the performance itself - something that we’ve all missed in the last few months! 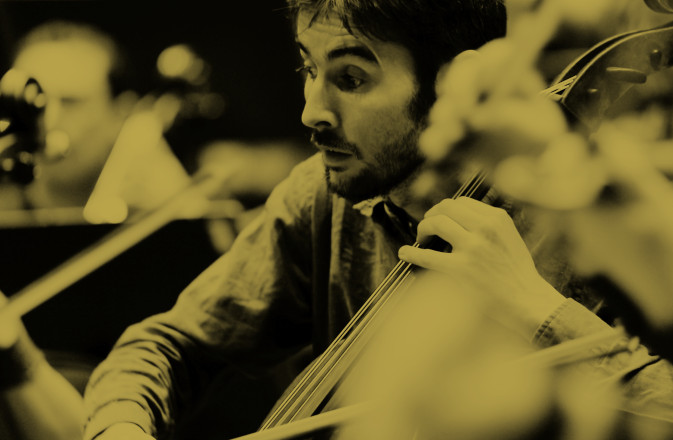 Find out more about Rachel's curated concert in the link below.

Filmed in The Queen’s Hall, Edinburgh this concert will be broadcast via the SCO’s YouTube and Facebookchannels